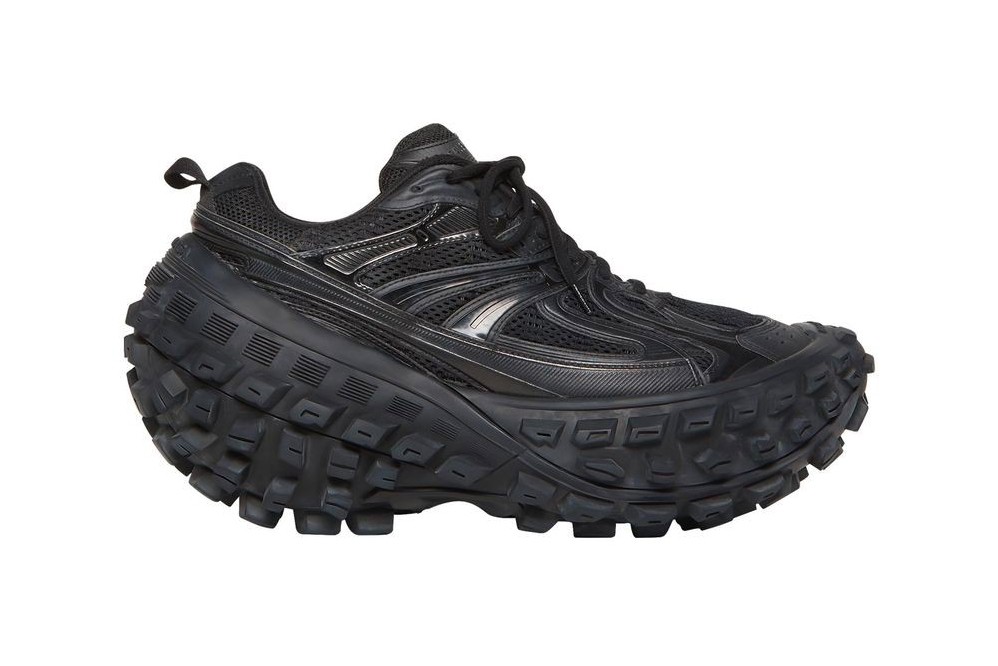 After releasing the Triple-S and Track.2 silhouettes, Balenciaga is now gearing up for the release of its latest striking sneaker creation. Dubbed the “Balenciaga Defender,” the shoe was initially revealed during the fashion house’s red carpet-themed Spring/Summer 2022 runway show back in the month of October.

Reportedly arriving in tonal beige and black colorways, the design of the shoe is primarily focused around an extended rugged tire-like sole unit. The massive sole section gives a sizeable amount of elevation with stand-out treading throughout. The upper of the shoe is constructed on the classic look of a trainer with a mesh material bottom accompanied by shiny dynamic overlays. Finishing off with the design of the shoe appears a Balenciaga logo branding engraved on the tongue and heel sections.

The Balenciaga Defender sneaker is expected to release sometime during the Spring 2022 season.