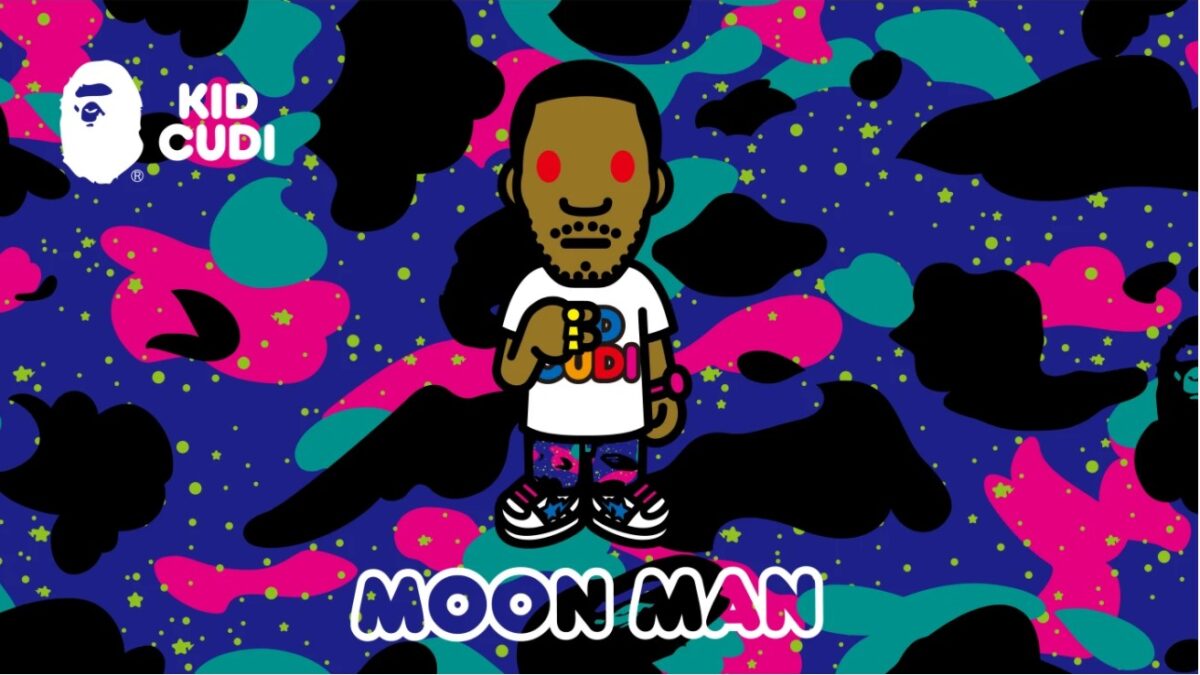 BAPE and Kid Cudi have announced their partnership with an upcoming capsule collection. Cudi has a history with BAPE for those who don’t know, the fact that Cudi used to work in the BAPE store in New York prior to the launch of the Man on the Moon album franchise. The upcoming capsule boasts a collection of 20 items making it the largest collection of BAPE as a collaboration with an artist.

The collection comprises of pieces that depict Kid Cudi in a Baby Milo form, an ENTERGALACTIC-themed-camo, Moon Man designs, a Shark and Tiger motif and a variety of other stuff. The designs are featured on a series of apparel such as jackets, hoodies, sweaters, sweatpants, cardigans, caps, beanies, denim, and a custom G-Shock.

The entire capsule is set to release on the 20th February via physical BAPE stores as well as the BAPE site.