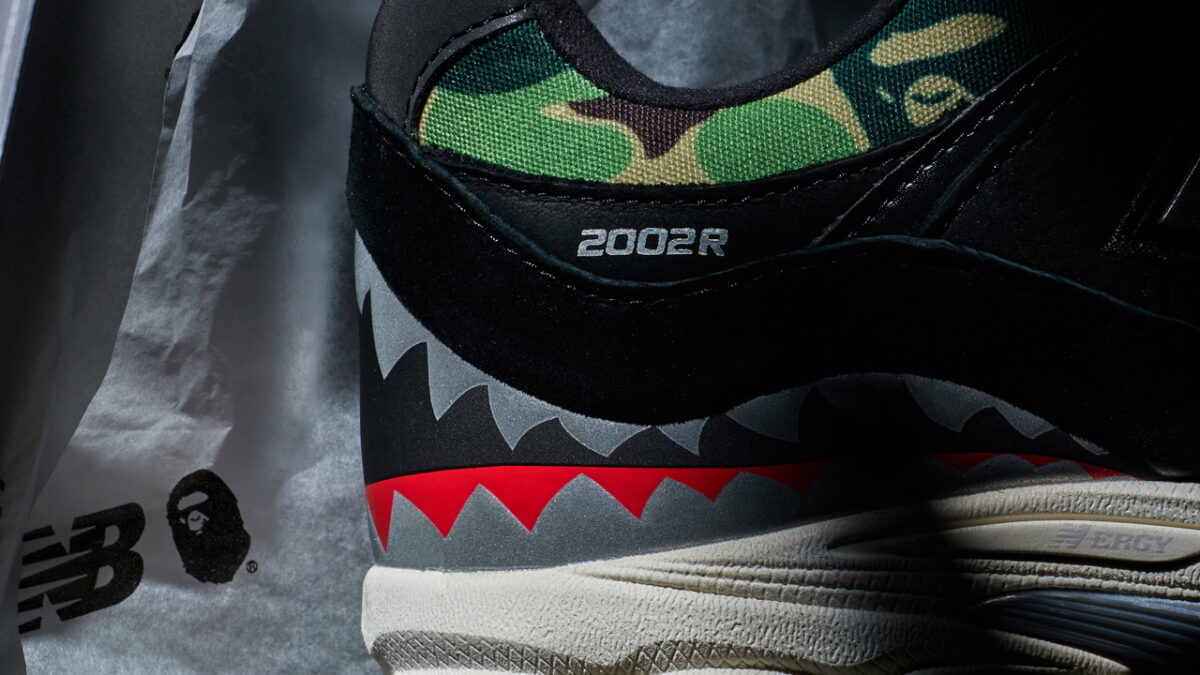 BAPE and New Balance have teamed up for the first time ever, creating new iterations of the popular 2002R. After a strong 2020 that saw clean in-line releases, including collaborations with the  Salehe Bembury, INVINCIBLE x N.HOOLYWOOD, thisisneverthat and others, the turn-of-the-century runner’s collaboration with a brand the size of BAPE brings its rapidly increasing lifestyle stature into a whole new stratosphere.

Three teaser images of the BAPE x New Balance 2002R collaborations have been revealed. First displays a heel covered in BAPE’s signature 1st Camo and a familiar shark tooth graphic. Another showcase a toebox with grayscale BAPE camo plus a Sta logo. The third displays the aforementioned shark heel graphic’s reflective qualities and gives a look at the co-branded shoebox. Though the cryptic nature of these images makes it difficult to discern, it seems like there are two pairs — one with a grayscale color scheme, the other that uses a more bright assemblage.

At the time of writing, neither BAPE nor New Balance has announced an official release date for their 2002R collaboration(s). However, we can expect a drop sometime in April.