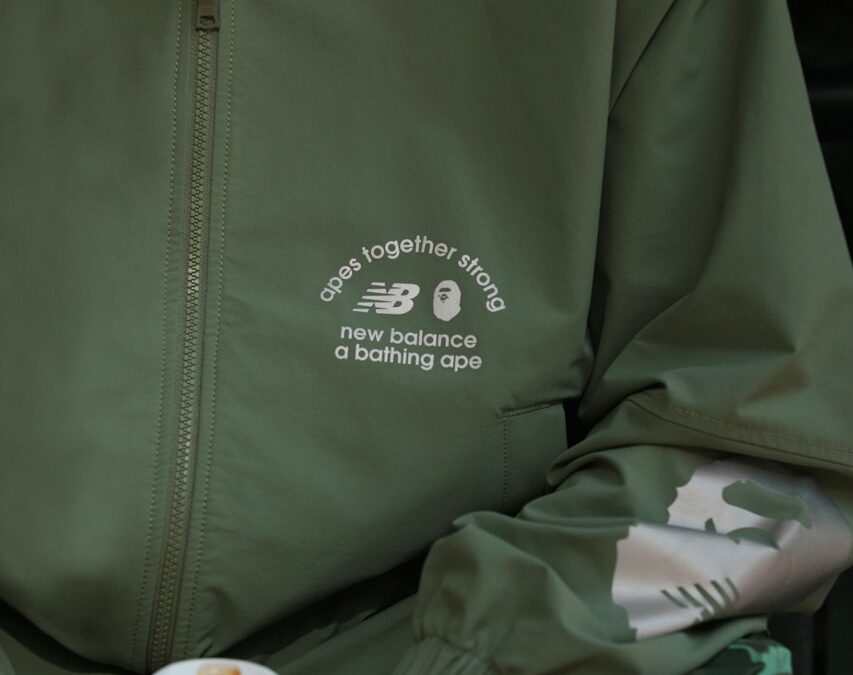 Following the announcement of the duo of camo-coated takes on the 2002R at the beginning of March, BAPE and New Balance have their first collaborative collection official. The eleven piece collection dubbed as “Apes Together Strong,” comprises of the two above-mentioned iterations of 2002R, two full-zip hoodies, two pullover hoodies, three t-shirts and two pairs of cargo shorts, all of which are a stylish and practical fusion of BAPE’s classic prints and patterns with New Balance’s 100-year-plus running heritage.

The showstopper of this collection, is obviously the duo of 2002Rs. One of the two opts for BAPE’s signature 1st camo with black and sail accents while the other chooses a more muted grayscale camo, but have similarities like New Balance’s N logo, a BAPE STA logo and a reflective shark face hit on the heel. The apparels are in either a muted olive or a cool gray to match the shoes. The famed full-zip shark hoodies and the shorts stands out, making use of super-sized camo cargo pockets.

The BAPE x New Balance “Apes Together Strong” collection debuts at BAPE and New Balance outposts in the Greater China region on June 5. Later this year a global release is scheduled.