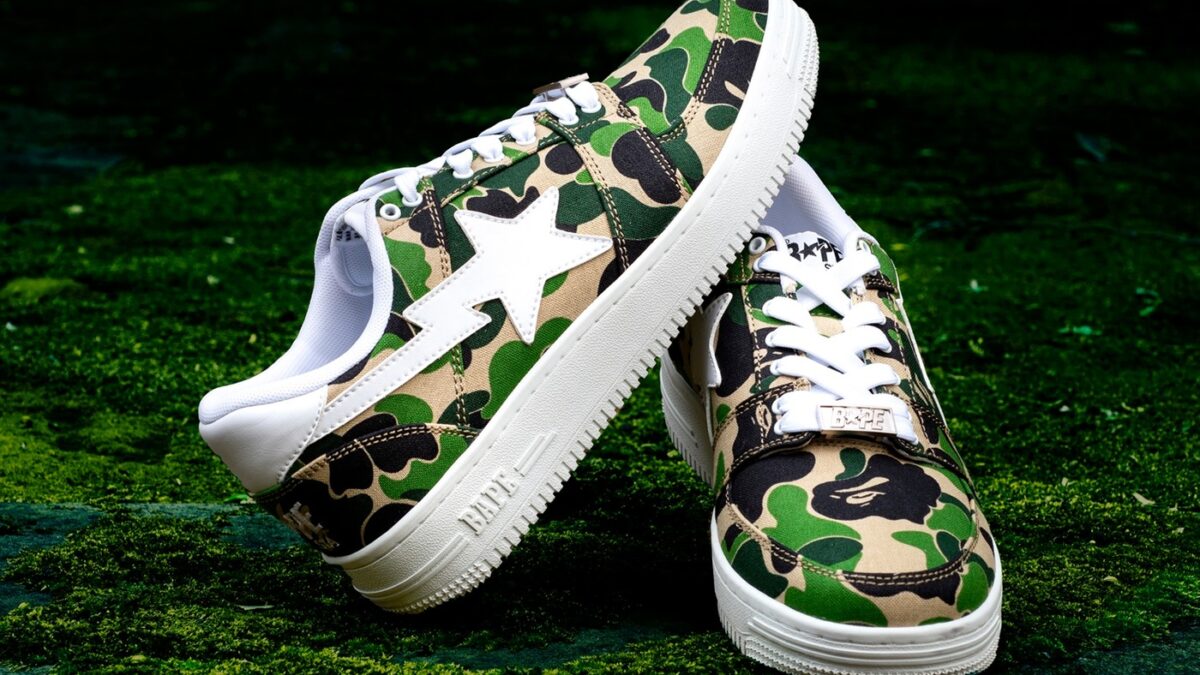 Picking up its 20th-anniversary celebrations for the BAPESTA, BAPE has now revealed plans to bring its “ABC CAMO” back to the iconic footwear model.

Coming in classic green, blue and pink colorways, the BAPESTA Low “ABC CAMO” 20th-Anniversary release recalls elements that made the shoe popular in the early 2000s. The upper of the upcoming shoes are centered around canvas panels expressing the signature BAPE print accented by tonal stitching, white eyelets and bold white patent leather shooting star motifs. Other branding elements come in the form of tongue tags, “BAPE STA” embroidery at the rear, raised “BAPE” on the side of the sole unit and silver-tone “BAPE” dubrae lace locks. Rounding up the design of the shoe is a contrasting leather rear panel, white sockliner and matching sole unit.

Naz : One of the best in the league from India for Sneaker customization

Vidit Singh X We are underdogs : The first signature sneaker , “JUAN” by VC