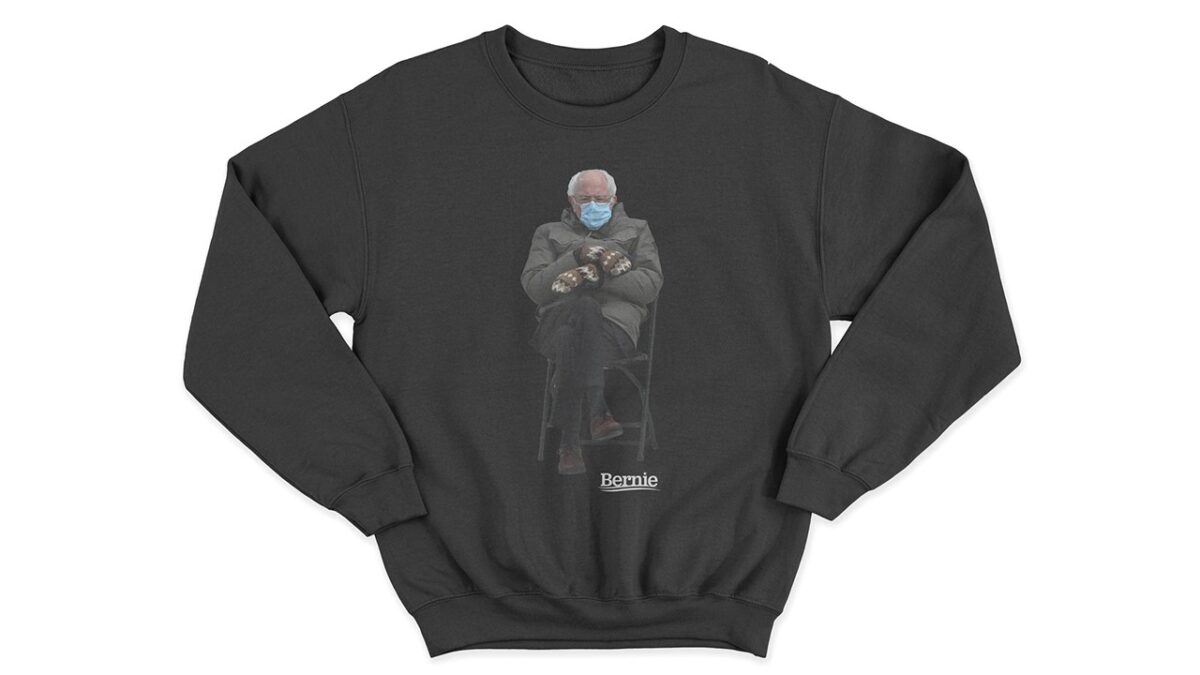 The 2021 Presidential inauguration was undoubtedly the best start to the year, from the singing acts to the cameo of the Dior x Air Jordan 1 to Amanda Gorman’s spoken word poem, but the most eventful was the Bernie Sanders pose. The Senator from Vermont practiced social distancing to the max by zoning out for the entirety of the inauguration in his own chair. He was dressed more casually than usual and is now the image for the most viral meme at present on social media.

Moving forward playfully, Sanders has launched a black sweatshirt with his image that is now a meme on the front with a personal “Bernie” logo on the lower right in a white shade.

100% of the proceeds will go towards Meals on Wheels Vermont as a further aid to the senior hunger charity work. If interested, you could cop the “Chairman Sanders” Crewneck on the Bernie Campaign store for $45 USD.

Dior Invites You in With Detailed Imagery of Winter 2021 Sneakers, Bags and Apparel