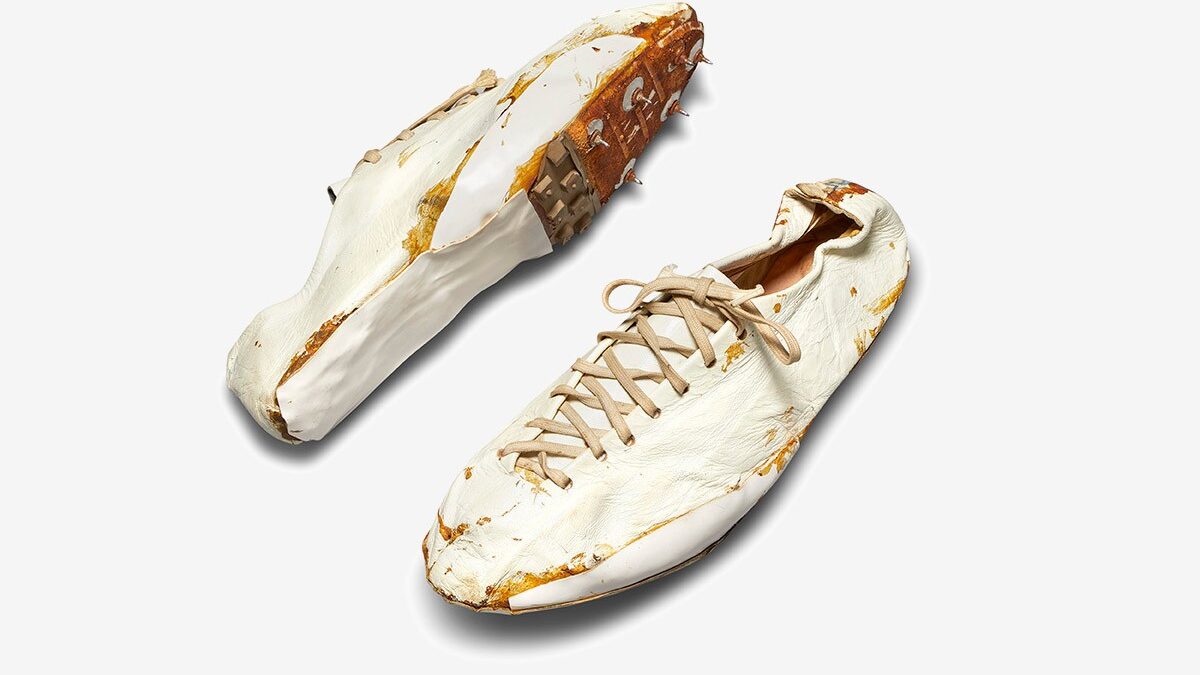 A pair of handmade Waffle spikes, ,made by Nike‘s co-founder Bill Bowerman himself is set to be auctioned at Sotheby’s. Thesse spikes were exclusively made of University of Oregon track athlete John Mays. They are the  first-ever shoes handmade by Bowerman that are up for an auction. It is a part of a bundle, which also include  a handwritten letter outlining Bowerman’s design and production process. Sotheby’s has expected it to fetch  $130,000 and $150,000. It is one of the only remaining pairs of  Bill Bowerman’s handmade shoes. Blue ribbon sports, that went further to be named Nike in the 60’s was started by Bill Bowerman and Phil Knight and this waffle runner was made in the 70’s.  Michael Jordan’s Nike Air Jordan 1s from 1985 going for $560,000 at auction testifies the fact that iconic and historical shoes are fetching high values lately.

Drake’s Unreleased Air Jordan IVs Are up for Auction

Virgil Abloh’s Final Collection With Mercedes Is Out Now