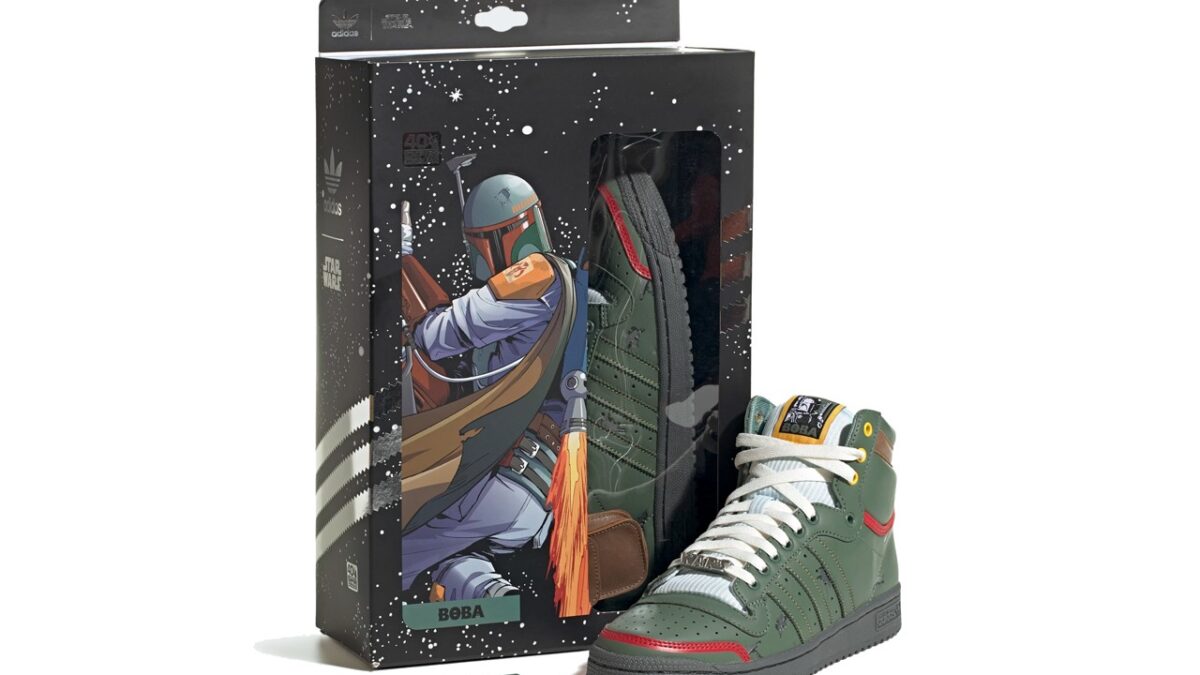 Star Wars and Adidas Originals have readied yet another collaborative silhouette in tribute to The Empire Strikes Back‘s 40th anniversary: a Boba Fett-inspired Top Ten Hi. Following in the footsteps of a Luke Skywalker-themed Stan Smith, a Stormtrooper-Esque NMD R1 and a Lando Calrissian NMD R1 V2, Boba’s Top Ten draws from his famous battle armor, and marks the fourth and final Empire Strikes Back-themed sneaker from the longtime collaborative partners.

High-cut uppers are dressed in olive green, and much like Fett’s armor they’re weathered. “Battle scars” appear around adidas‘s Three Stripe graphic on both the lateral and medial sides, with grey peeking through to the outer layer. Red trim and yellow eyestays nod to Fett’s secondary colors, while his badges grace the heel and medial collar. A large brown pouch on the lateral collar acknowledges his utility belt — though it may remind some sneakerheads of the pouch on 2019’s Travis Scott x Air Jordan 6.

Textured tongues are dressed in light blue, and offer a special “Boba” tongue tag. As is par for the course with the Empire Strikes Back releases, there are also interchangeable lace deubres: wearers can choose between olive “Boba Fett” or silver “Star Wars” motifs. Steel grey midsoles and outsoles complete the look, and the shoes come packaged in a special collectable box.