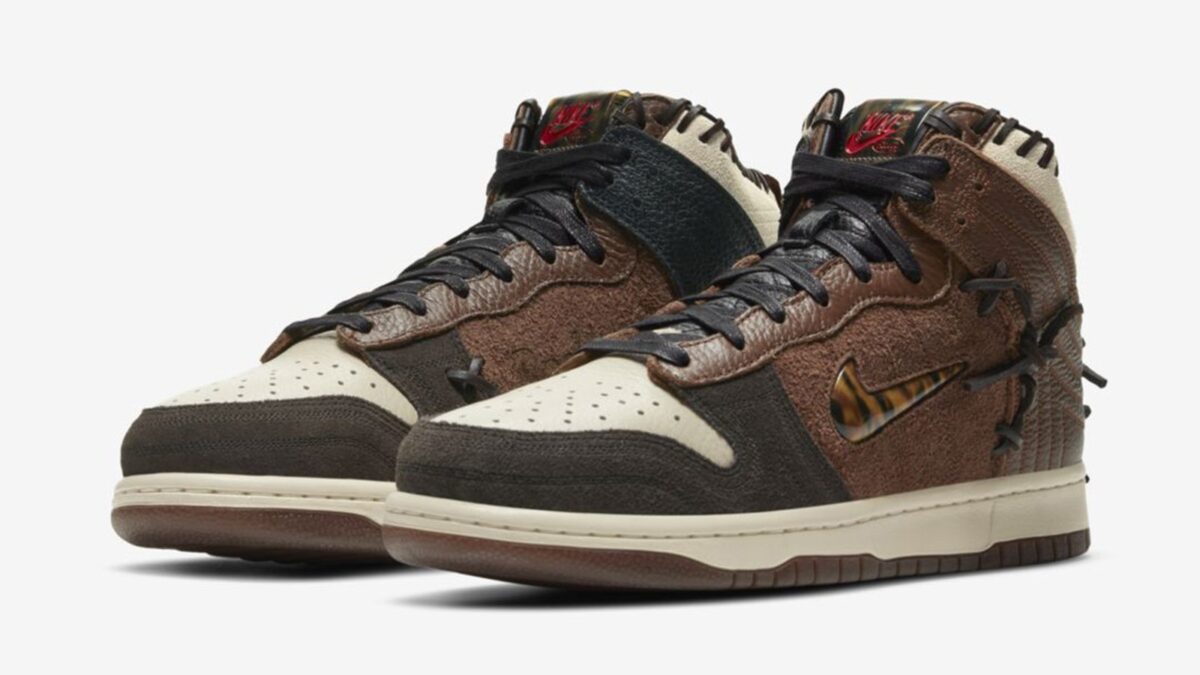 Bodega has finally given an update on their highly anticipated Nike Dunk High collaboration. Going by the images that appeared a few months back, it can be said that the pair is inspired by classic Americana and the concept of legends.

Built to last, the shoe is constructed of materials such as suede and various high-quality leathers and is expected to give the same worn-out look visible on a saddle, baseball glove in a few years time. Bodega has also suggested sneakerheads to pass on the pairs to the next generation.

The alternative colorway is a lighter cream color and was not a part of Bodega’s official announcement. This colorway is speculated to either be a sample or a friends and family exclusive.

The pair will be arriving on the 28th of December for a price of $120 USD available exclusively at the Bodega website.