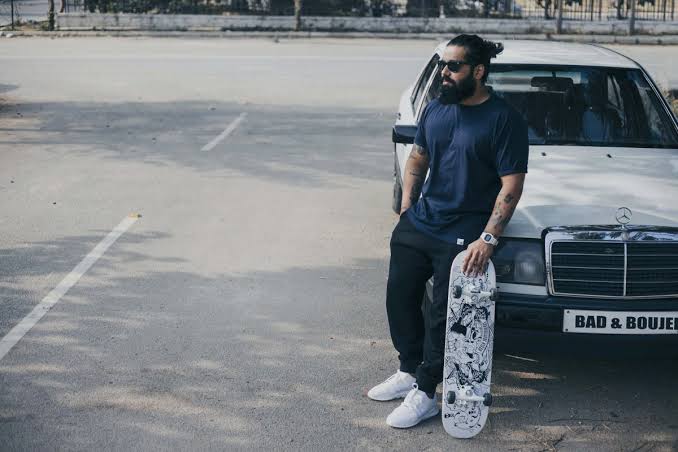 Everyone follows fashion influencers, motivational influencers , but he is the guy who defined that a sneaker or a streetwear influence can also be a thing for social media users.

Started his journey with his blog BOW TIES AND BONES in 2015 and left his corporate job to do this full time as soon as he got recognition for his work on youtube as well which was literally his first video.

Starting off pretty late in this game of sneakers and influence but still he managed to become the Guy for everyone who loved sneakers.

He would cop any and every new pair that drops in the market but ensures one thing , at any given point, he will never own more than 50 sneakers. The moment his collection goes beyond 50, he donates some of them.

This guy is not just an influencer doing his personal thing over the web but has been featured in a lot of magazines and articles also to mention not as small as ours,

GQ, Elle, even hypebeast for that matter he has been featured at.

And with that do we even have to mention the fact that he has worked and collaborated with every other brand that connects with our culture. Be it the biggest of the names, or the gradual developing ones.

He is the one who has really marked India on the global map of sneaker influence.

With not just his blog : BOW TIES AND BONES and his instagram, but he has been killing it on youtube as well.

All this that he has achieved and becoming an inspiration across the sneaker world has happened only because of his love for this beautiful culture and him dedicatedly working every single hour to just make it happen.

Anything and everything that we write about him would be less only as to what he has achieved and done for our sneaker culture.

All that we would ask you to do it

make sure you follow him across the web for some real inspiration for sneakers and streetwear, and if you have him on your head. You wont need anyone else.

and make sure, for more updates and information about our culture and news