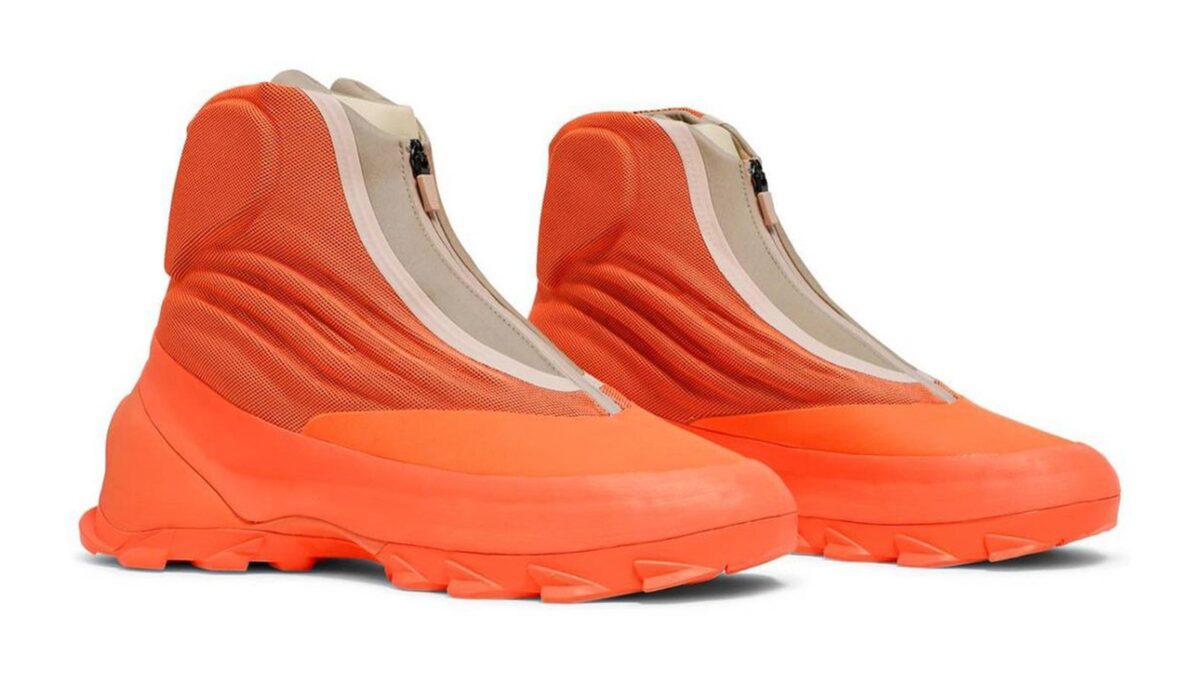 Reselling platform GOAT gives us an enhanced look at the adidas YEEZY 1020V. The silhouette was initially teased during the end months of 2020 accompanied by the 1050 V3. Going by the looks of it, the silhouette seems to be the perfect choice for a sneaker on Mars.

The upper consists of a protective layer that can be opened and closed via a zip passing through the front of the shoe. A majority of the upper seems to be engulfed in a rubber mold with a freakishly large outsole. The Continental badge on the rear proves that adidas has called out its longtime partner for a grip worthy outsole, earlier present on the UltraBOOST. The shoe seems to include elements of trail running with its treaded outsole without compromising on Kanye and adidas’s aesthetic of a futuristic military boot.

The pair seems to be available on GOAT for purchasing but still there is no confirmation on its official release. However, a GOAT presence points to the availability of pairs and a possible release in the near future.