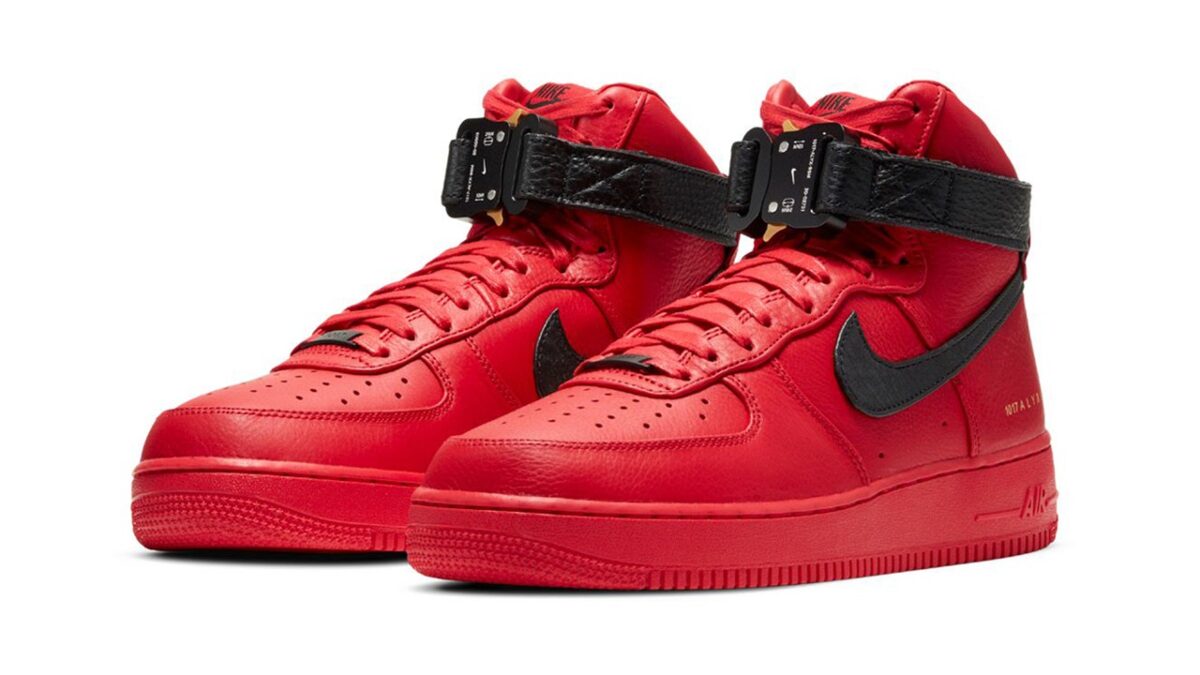 At the start of the Summer, 1017 ALYX 9SM and Nike continued their footwear partnership with the release of a duo of nominally styled Air Force 1 Highs, and now the two entities are choosing to expand their collection with two more takes on the very same model. Matthew M Williams — the brand’s founder and current creative director of Givenchy — has a penchant for utilizing neutral tones in his products, but he strays away from that for this capsule as “University Red” accents are the focus.

The first pair we have is the “University Red/Black” option, and it’s clearly a highlighted take from the bunch. Uppers are constructed in usual premium leather, fashioned with “University Red” toe boxes, overlays, tongues, laces and collars whereas notes of black can be seen on the Swooshes and the ankle buckles that are signature to the NY-based label.  “1017 ALYX 9SM” branding appears on the lower lateral heels with a golden finish and the bottom units are also drowned in more red.

The second shoe depicts the same exact hues but in a flipped fashion. Appearing in a more subtly understated ensemble, the kicks submerge most of the leather base layers and sole pieces in solid black and allow the “University Red” highlights to splash on the buckles and Swooshes. Like its launch partner, the 1017 ALYX 9SM notations also appear in gold.

ALYX is hosting an exclusive raffle for these starting October 19 at 6 pm CET to Thursday, October 21.

Another Look at the ‘Satin Snake’ Air Jordan 1 High