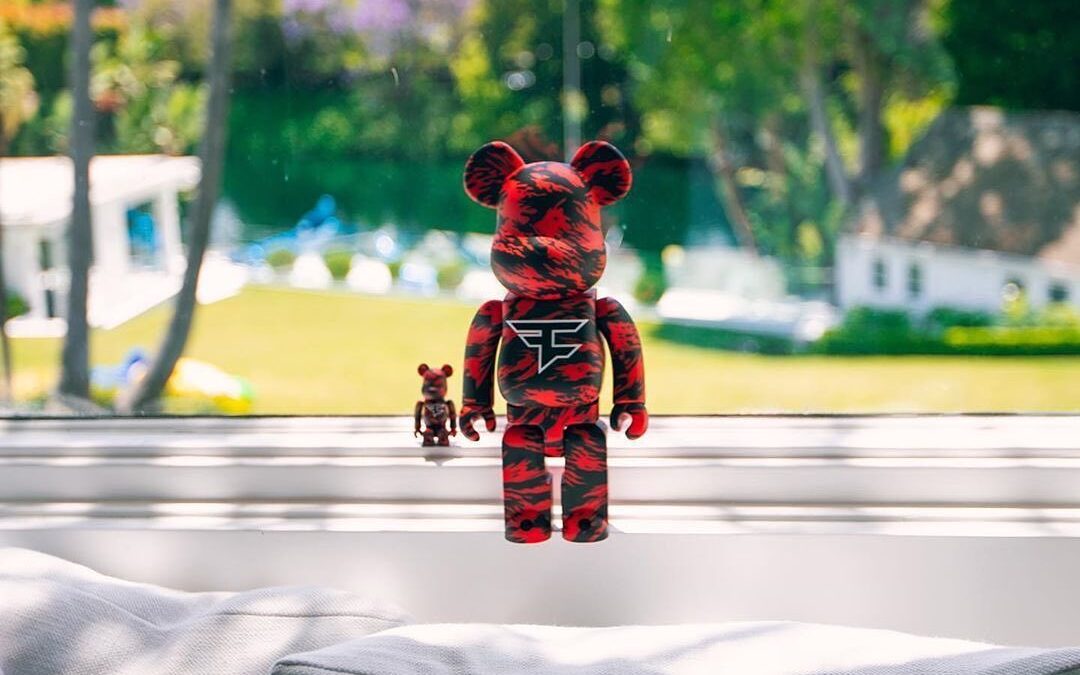 Becoming an Esports and online gamer has been a fascination of every child grewing up. Today professional gaming has become a multi-million business and and is booming at a lightning rate. One of the biggest esports and entertainment orgainization “FaZe Clan” hosts multiple pro gamers who compete in various games like Call of Duty , Counter Strike , PUBG , FIFA etc.

Medicom Toy , a Japanese brand that specialises in collectible figures and toys , have joined hands with the famous FaZe clan. FaZe clan has done many collabs in the past and now to step out of the gaming zone they are celebrating the 10 year anniversary with Medicom Toy. The anniversary releases a bold bearbrick named “Ten days of FaZe” to encapsulate this journey.

The latest bearbrick features a dark red tiger camo coming in 100% and 400% set. The brick is overall printed with red and black prints with FaZe Clan logo on its chest.Measuring 2.8” and 11” respectively, the 100% and 400% figures are part of a selection of must-have for any fan of FaZe Clan releasing for the anniversary.

The FaZe clan and Medicom collab set is gonna release on May 30 at 1 PM on FaZe Clan’s website followed by a virtual party held on youtube.