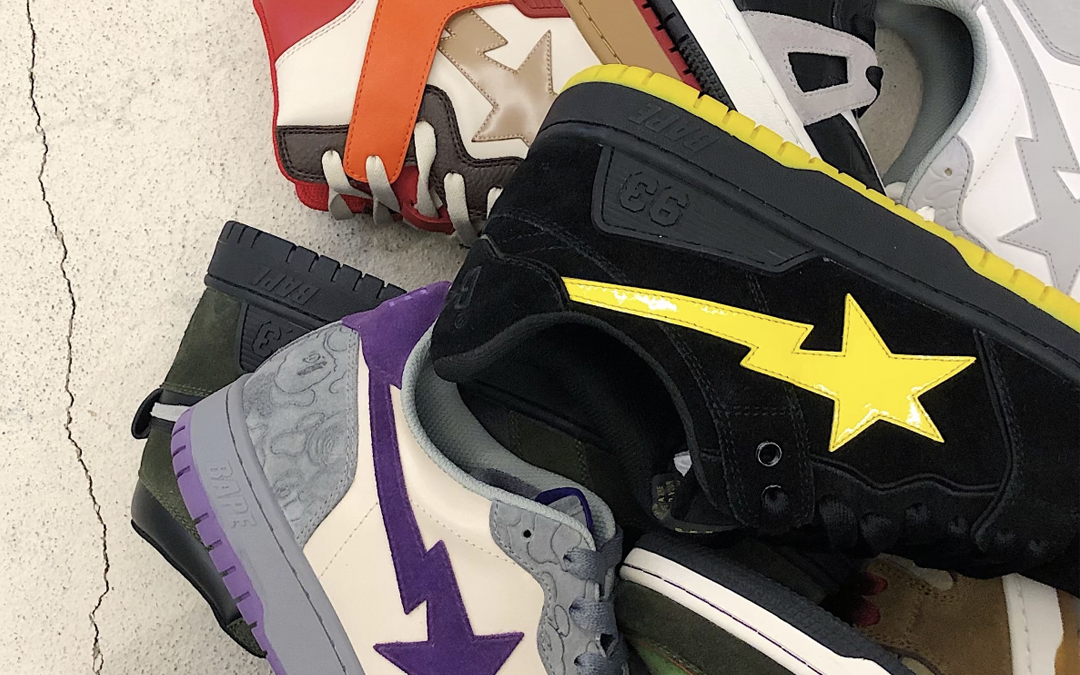 CHECK OUT THE UPCOMING BAPE “SK8-STA”

Just after celebrating the 20th anniversary of the BAPE STA, an updated version of the style recently came into the limelight. Titled the BAPE SK8 STA, the shoe’s resemblance to the Dunks is uncanny. The shoe features the BAPE signature star pattern with the ”STA” logo on the center of the shoe with the number 93 on a rubber panel at the base. The number is in reference to the year when Nigo opened the store Nowhere in Harajuku alongside Jun Takashi, the place where they first sold printed tees making it the birthplace of BAPE.

The shoe will be arriving in 3 colorways – black with patent yellow, a leather purple / grey / cream pair and a rich green and purple in the suede material with red accenting. The grey pair looks the most appealing of the lot with the stamped Bape camo pattern on the uppers.

The SK8 STA will be released throughout 2021, until which stay tuned for more details.

KENZO and Vans partner up for a footwear collaboration