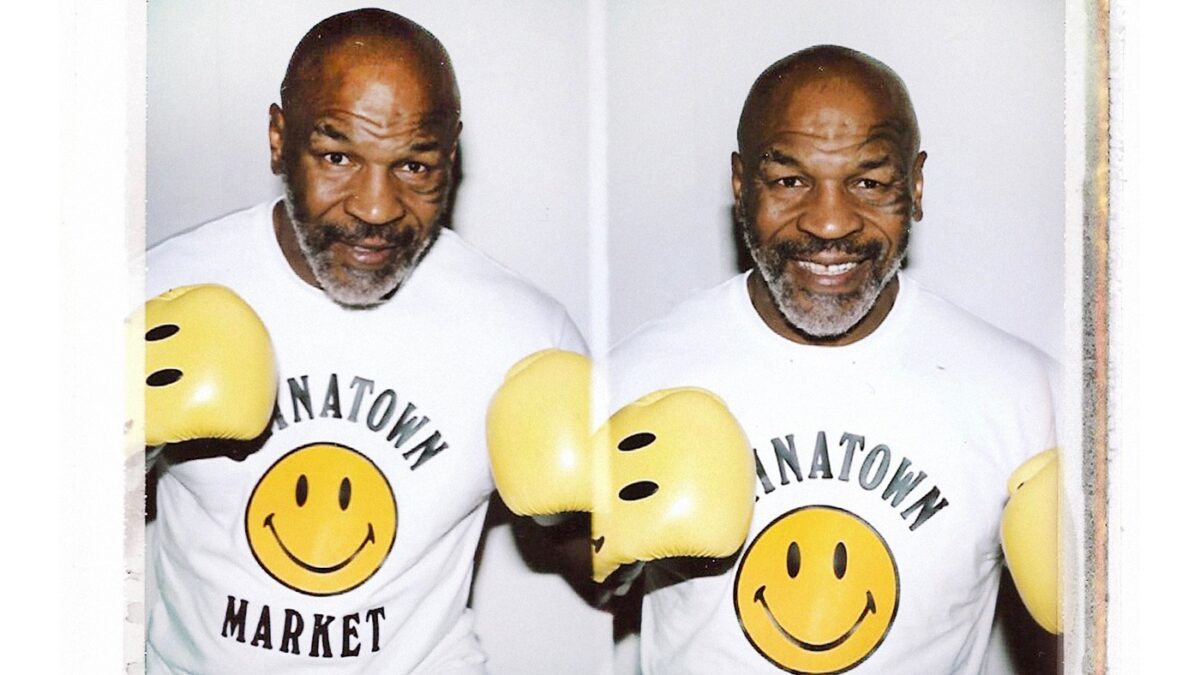 Chinatown teams up with Mike Tyson for a Two-Part Collaboration

The legendary boxer Mike Tyson is soon going to release his signature lineup in collaboration with Chinatown Market that includes two part collaboration. The lineup of the collab includes includes two capsules consisting of T-shirts, hoodies, and young shorts. Chinatown Market is working on this out of the box collab which also showcases a five-part mockumentary where Tyson is seen visiting the brand’s office and working with the team. Tyson exclaimed that he wanted to show his fans all the backstory that went in to make their product. The five episode mockumentary will begin releasing on June 27 daily. The capsule collection occurs on July 3rd and the second one in late July. A portion of the proceeds from the sales will be donated to Tyson Cares Foundation which provides essentials to kids from broken homes such as healthcare, school assistance, shelter, and mentoring. Prices of the collection range between $40-$90 and will be available via Chinatown Market’s webstore.