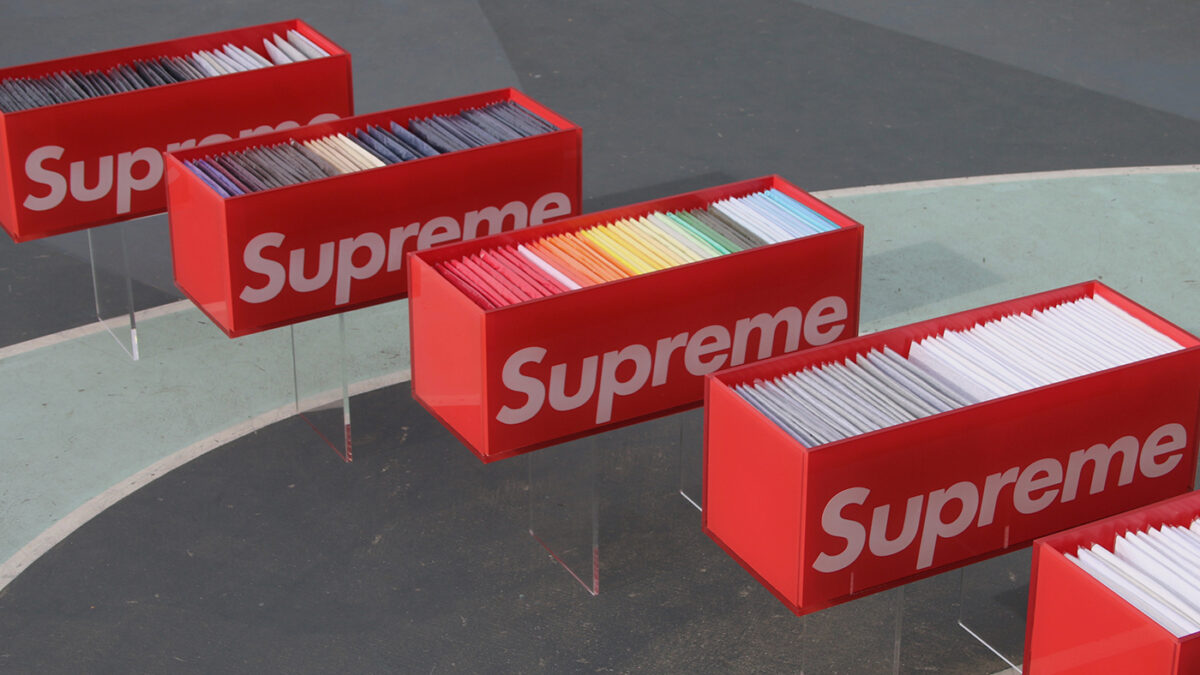 Christie’s is set to hold an auction for what is believed to be a collection of every Supreme Box-Logo T-shirt ever produced, following Sotheby’s 2019 auction for a complete Supreme skate deck collection that sold for $800,000 USD.

“The Behind the Box: 1994-2000” auction is expected to sell for upwards of $2 million USD, surpassing the 248 Supreme skate deck collection, at the moment. Christie notes that “it’s poised to be the most valuable collection of Supreme material to ever be offered in a single sale”, which is believed to be the first known comprehensive archive of the coveted tees.

James Bogart, a 21-year-old who amassed “The Box Logo Collection”, and began collecting the New York skate brand’s releases back in 2014. The archive is set to go on exhibition with Christie’s in New York City as a private sale, price on request piece features T-shirt from Supreme’s inception 1994 till 2020.

Bogart pushed on scouring about every continent and major city you can think of to complete the collection, despite being told by everyone that it is impossible to gather every Supreme Bogo Tee. Bogart notes the lengths and locations that his search brought him to as a measure of Supreme’s reach.

According to the collector, the most treasured in the assortment is the WTAPS Box Logo T-shirt from 1999. The style printed on NEIGHBORHOOD blanks was never really released to the public, rumored to be only 30 in existence. Although it has recently sold for over $35,000 USD. Bogart reveals that luck and timing involved with him amassing “The Box Logo Collection,” as he says over half of the collection could not be obtainable with just unlimited funds.

Check out the lots from Christie’s “The Behind the Box: 1994-2000” auction set to go on exhibition and private sale December 1 and head over to “The Box Logo Collection” to learn more about James Bogart’s collection.