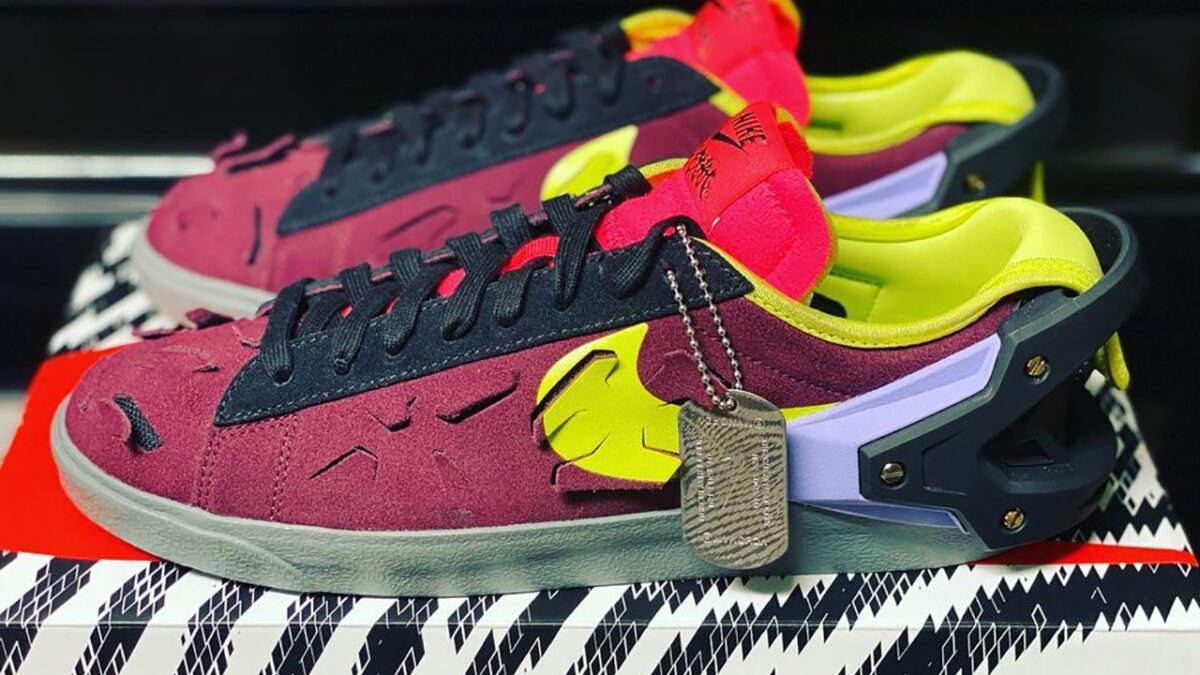 It’s been three years since Nike and Errolson Hugh partnered to release an impressive Air Presto collection. There’s no doubt that sneakerheads want more collaborations from these two parties, and as it happens, they’ll be getting more offerings from them in 2022. ACRONYM and Nike Blazer Low collaborations are on the way, including this “Night Maroon” colorway.

Hugh’s blend of materials and accessories brings a modern twist to the Nike Blazer Low, a silhouette traditionally designed with a minimalistic feel. Instead of a leather upper, he opts for suede panels that are dialed up in their colorway and distressed at various points. Black overlays and laces are positioned down the throat next to a fluorescent orange tongue. The base layer also features vivid neon Swooshes and interior linings, ACRONYM branding on the tongue interior, a hanging silver dog tag, and a heel counter that contrasts the lilac and black tones.

No release date has been revealed just yet, but they’re expected to debut in the coming months. The shoes will also be housed in a special box that is adorned with all-over black and white diamond patterns as well as red Nike and ACRONYM branding.