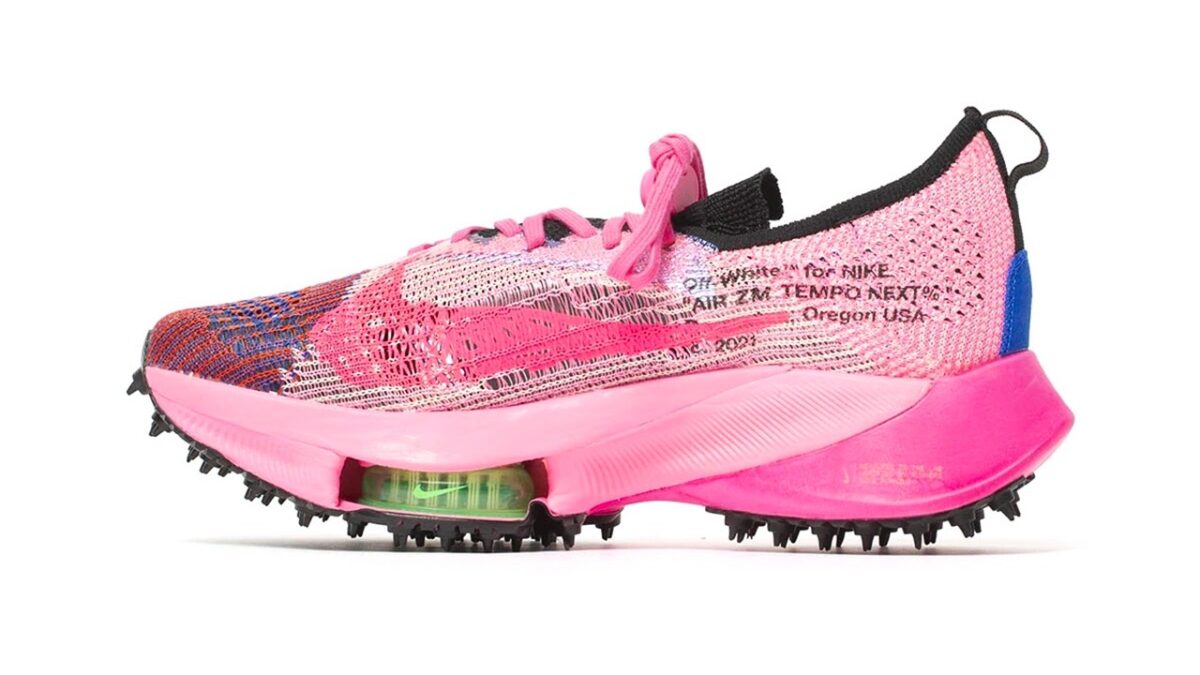 Certain conversations in the sneaker community revolve around the fact that Virgil Abloh and Nike are “doing too much” in the collaborative footwear product scenario, especially with the upcoming 50-piece Dunk collection. But that will be no hamper to the spirit of the collaboration as both parties have plans to release abundant styles in the coming months, one being this Off-White™ x Nike Air Zoom Tempo NEXT% “Pink Glow”.

Initially previewed in October 2020, the pair is back in the news with further detailed images. For this impending installment, Abloh preferred a very flamboyant and “in your face” color palette. Knitted uppers are given rife with vibrant hues from purples and reds on the lateral walls to bright pinks on the medial sections. The swoosh branding is done with an almost hand painted-esque aesthetic on both side walls, the medial arriving in oversized fashion. The signature Off-White™ Helvetica branding appears on the midsoles that feature the standard “AIR” hit along with the usual Beaverton branding on the medial sides in black. Elsewhere, the lace tips arrive in bold blue dip-like accents, the exposed Zoom bags which are tinted to a volt green and the outsoles which have been bolstered with spikes for track purposes.

Though no official release info has been announced yet, but early reports suggest for drop on July 23rd.

adidas Celebrates the History of Jacquard With ZX 5000 “Vieux Lyon”