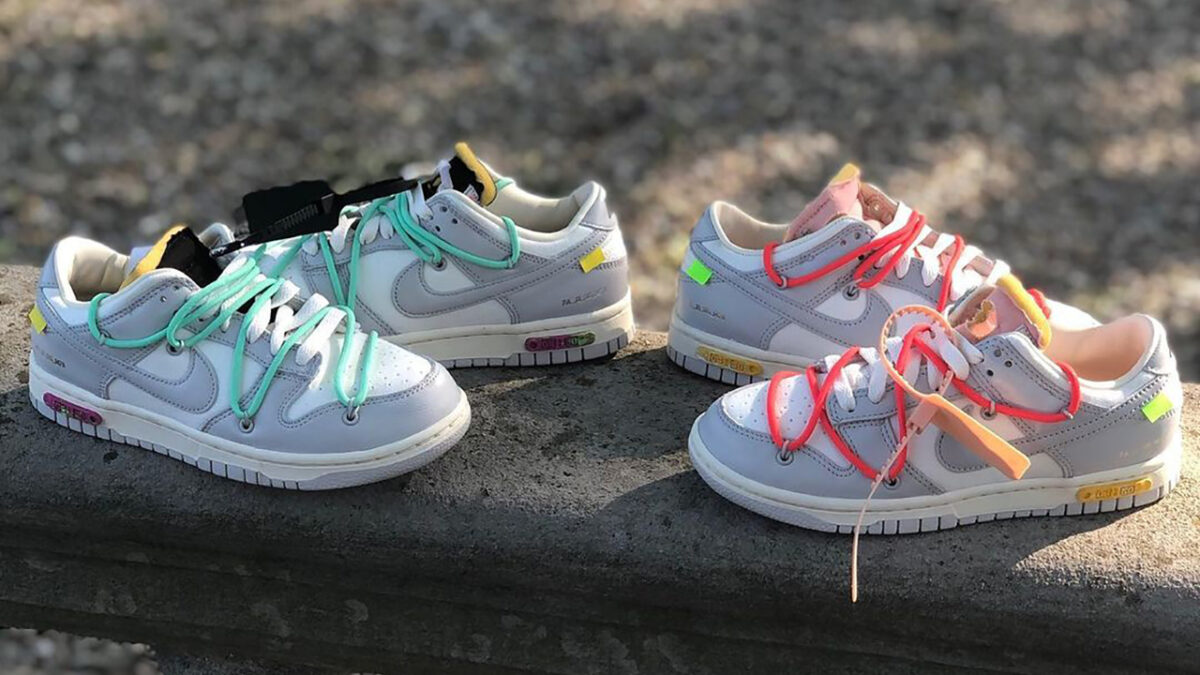 It’s been quite the Summer for Virgil Abloh, as he’s managed to create major waves in the worlds of fashion and footwear. This is especially true for his collaborations alongside Nike, and after announcing his three takes atop the Air Zoom Tempo NEXT% alongside its accompanying apparel for the Tokyo Olympics, the popular designer is now preparing to launch his much-awaited “The 50” Dunk Low collection this August. And now, the 04 and 06 colorways have just been revealed through detailed imagery.

All the pairs, except for 01 and 50 in the capsule have been styled with similar constructions on the uppers.

The smooth leather base layers are complimented with a mix of white finishes on the quarters, toe boxes, and collars. Meanwhile, the Swooshes and overlays are dressed in a lighter gray hue. On the 04 makeup, the second set of laces that lie atop the upper arrive in a minty teal tone and come complimentary with a black hangtag. Hangtags that are placed on the heels are colored with a bright yellow and the midsole mold features a pop of purple. Its release sibling differs with a fluorescent orange set of laces, peachy hangtags and a golden yellow midsole mold. Additionally, the hangtag out back has a volt green exterior.

No official release date has been revealed yet but you can expect these to drop sometime in August via SNKRS.