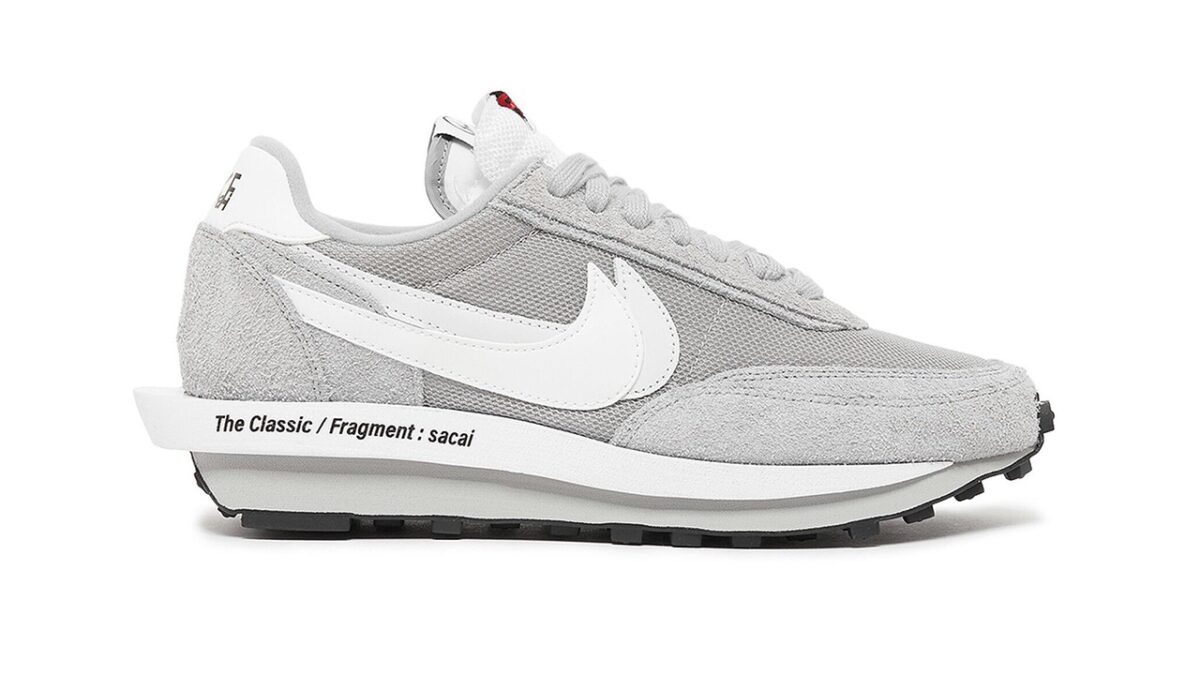 Lately, Chitose Abe, the founder and creative director of sacai, seems to be doing three-way partnerships more frequently than ever before. With the announcements of her upcoming footwear-centered collaborations with KAWS, UNDERCOVER and fragment design, 2021 seems to be a packed year for the brand.

Images of her upcoming collaboration with Nike and fragment design have already surfaced, along with the revelation of two neutral colorways. Both pairs seem to have an ‘underground’ type of aesthetic with their neutral tones and text-based branding. The most significant difference between the pairs is the main shade of the base layer, as one pair is dressed in a dark navy shade while the other is seen opting for a light grey color scheme. Other similarities can also be noticed between both the colorways, such as their accents, that are encompassed onto the double-stacked Swooshes which sit atop the medial and lateral walls, the lipped out midsole pieces, mesh tongues and the heel overlays. The branding on both the pairs is the same, with “The Classic / Fragment: sacai” typed out across the midsoles. The pairs are then completed with fragment’s signature bolt logo on one tongue, and traditional Nike Sportswear insignias on the other.

Although the pairs are rumored to drop in August, there has been no official confirmation from SNKRS as of now.

Here’s a Look at the New ‘Space Jam: A New Legacy’ Merch Collection