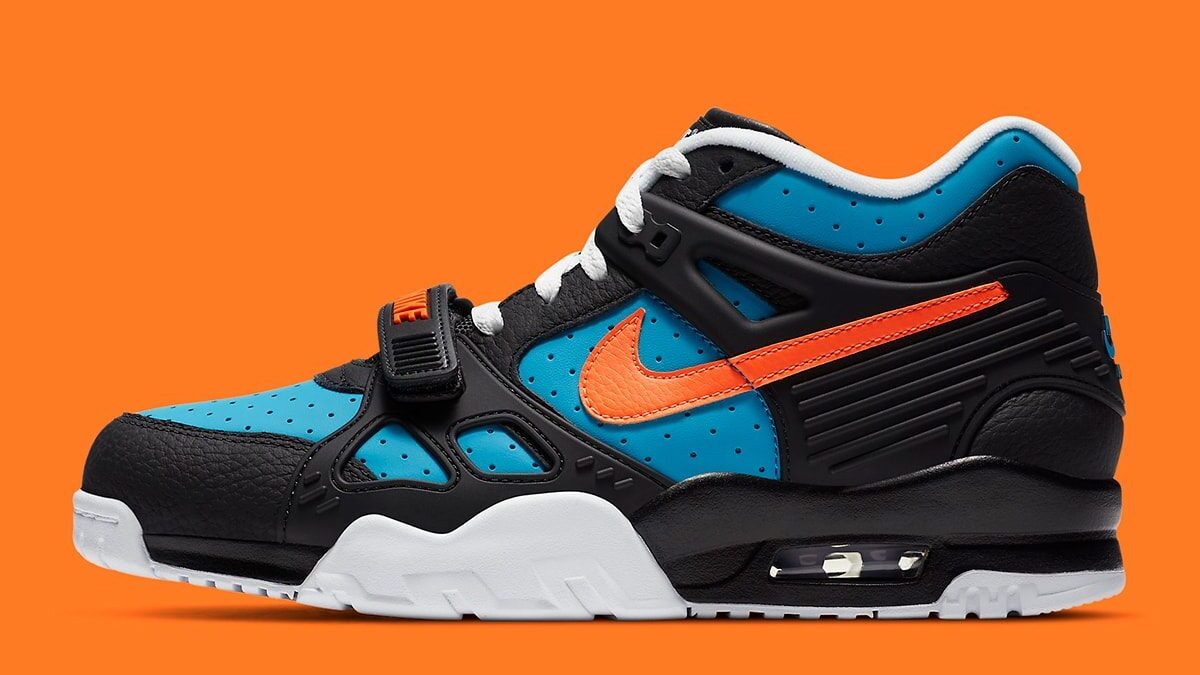 The approach might be slow but Nike is definitely working on its early-90’s silhouette the Air trainer 3 and has now recently brought forward it’s latest “Laser Blue” colorway.

The color palette of this shoe is vivid. Stark black overlays are present on the upper and the midsole. The Vamp of this shoe has been dressed up in teal-blue with perforations throughout. The swoosh and branding on the velcro has been done in orange where as the heel tab and the unlock sports a branding in blue. To create the right contrast, white laces have been used along with a white outsole on top of which the air unit resides on the heel part.

With no release detail announced yet, this pair is set to retail at $130 and will be available at Nike.com very soon.