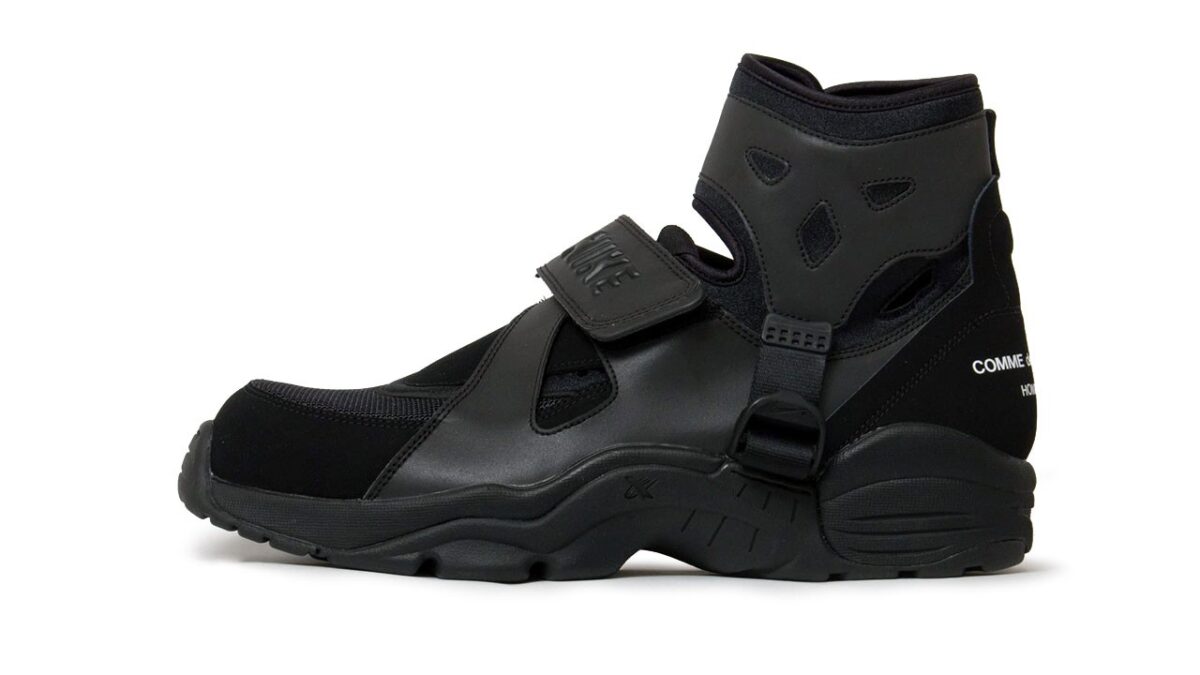 The COMME des GARÇONS HOMME PLUS x Nike Air Carnivore SS21, which was first spotted in the Tokyo HQ of the Japanese fashion brand has now been revealed officially.  Resplendent in reflective paneling, the two colorways feature understated branding and tonal shades for a relatively understated look. The mid top silhouette was originally created in 1993 in a variety of colorways including, the classic black/purple/green colorway’s return in 2010. The revised version of the shoe has silhouette’s signature detailing, including a neoprene shaft, adjustable strap and sculpted, grippy outsole.Other details include reflective panels on the mid, shaft and Nike-branded strap apart from the COMME des GARÇONS branding is embroidered on the heel and the insole to reinforce the collaborative nature.

adidas Converts The Ozweego Into A Stealthy All-Terrain Boot