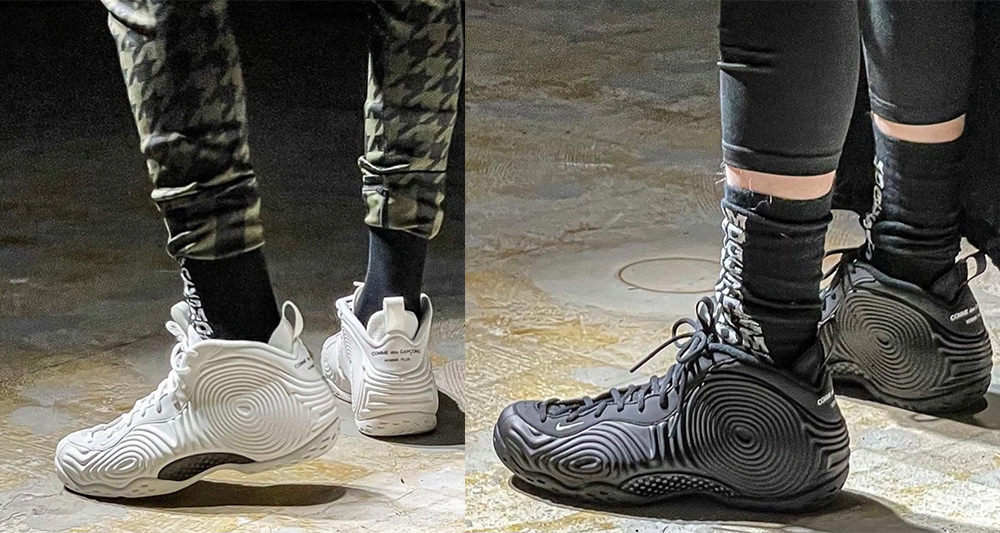 Comme des Garçons is now partnering with Nike yet again as images of two colorways of the CDG x Nike Air Foamposite One were recently spotted.

The Nike Air Foamposite One has been one of the most iconic silhouettes ever released by Nike and has stayed in the spotlight for quite a while now, courtesy of the “Galaxy” and few other colorways. Carrying forward the same energy, the brand has decided to re-release the silhouette now as a collaboration.

The CDG x Nike Air Foamposite One will be arriving in a monochromatic set as an all white and all black pair set to release soon as CDG displayed its FW21 collection. The uppers now feature a terrain-like structure deserting its habitual patterning spotted earlier on the silhouette.

Grab a glimpse of the pair here will you await a release in the near future.

Hanon Adds Another Chapter To Its Diadora N.9000 Saga With The “Alternative Route”