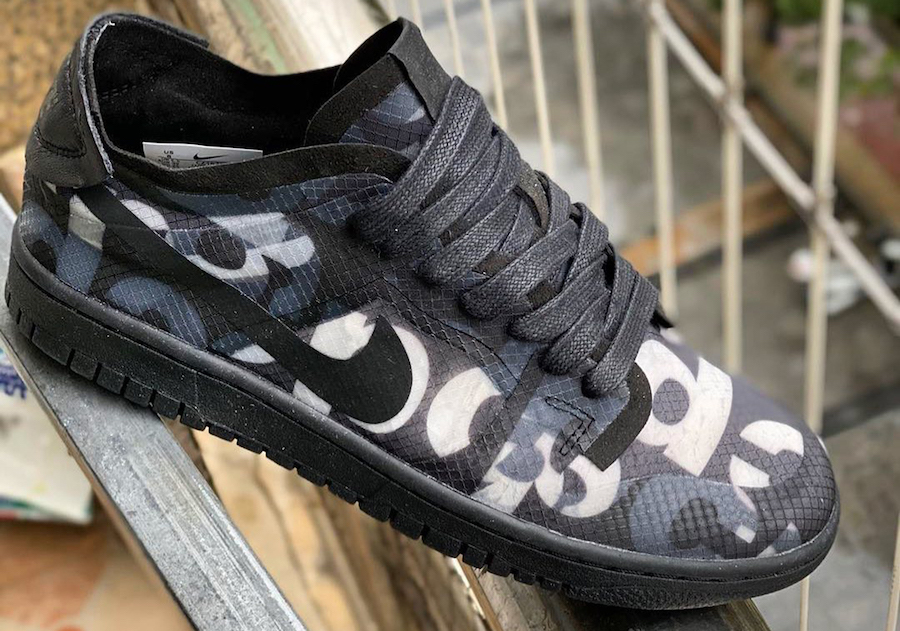 At the turn of the century, skating was finally granted some recognition by mainstream brands such as Nike who entered the scene in an impressive way. The Nike SB low Dunks were and still are the most hyped sneakers out of the bunch. The shoe entered mainstream sneaker culture at the start of the 2000s and since then Nike has collaborated with iconic designers and artists such as Virgil Abloh and Travis Scott. The latest addition to this list is the famous Japanese brand ‘COMME des GARCONS’.

CDG has introduced pairs for women as well as men: one pair that represents minimalism while the other one demonstrates bold overbranding. The overbranded pair has a bold ‘CDG’ branding covering the upper with shades of grey and black. The other pair is much more subtle and puts greater emphasis on the black logo. This goal is helped by the light-toned toe box and hence provides contrast.

Stay tuned to Nike.com for further information about the drop. The pair will release at all COMME des Garcons retail stores in the coming future.

Upcoming colorways for the Air Jordan 5.

Another Look at the ‘Satin Snake’ Air Jordan 1 High