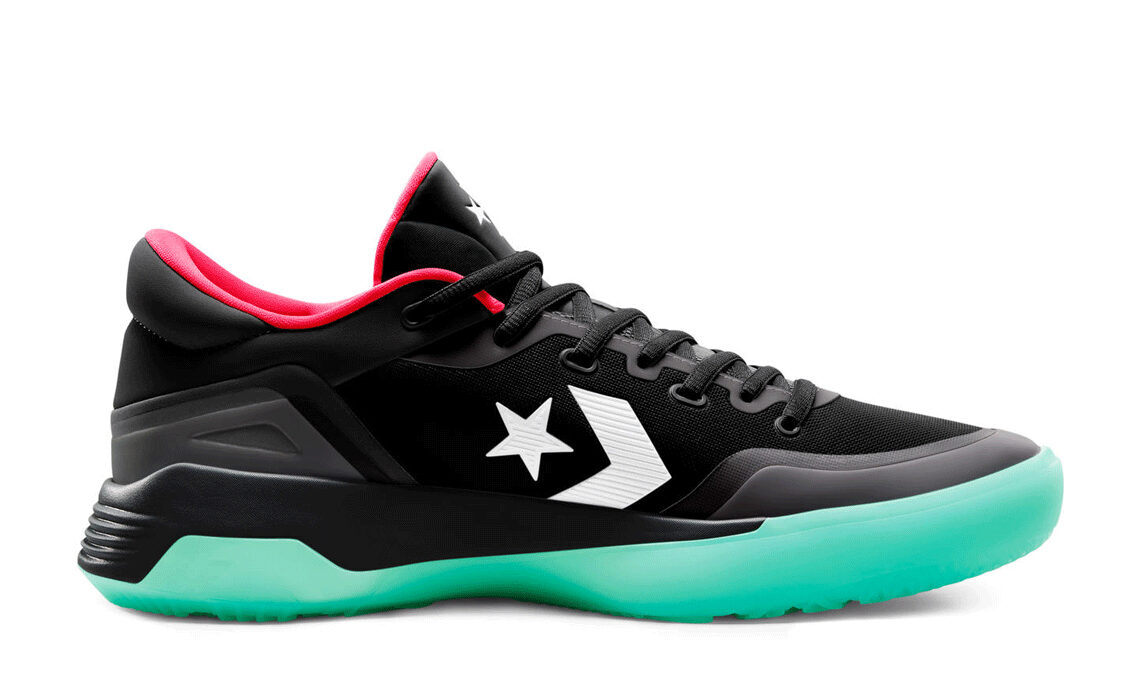 Although uncertainties surrounded the launch of the NBA collections, Converse has revealed its performance-basketball-oriented Solstice Collection. The two part collection includes G4 “Solstice” and All star pro BB. The shoe was first featured in a promo that starred Draymond Green. The upper consists of  “Photon Dust” base featuring “Amethyst Grey” across the laces, collar, and heel while the  G4 is predominantly clad in “Black” – though “Solar Red” and a “Fresh Mint” colored Outsole. The Pro BB is similar to the Nike Kobe 6, which include semi-transparent, Quad-axial woven uppers. The shorter trim boasts a “University Blue/White” arrangement. It is now available at a retaill price of $120.