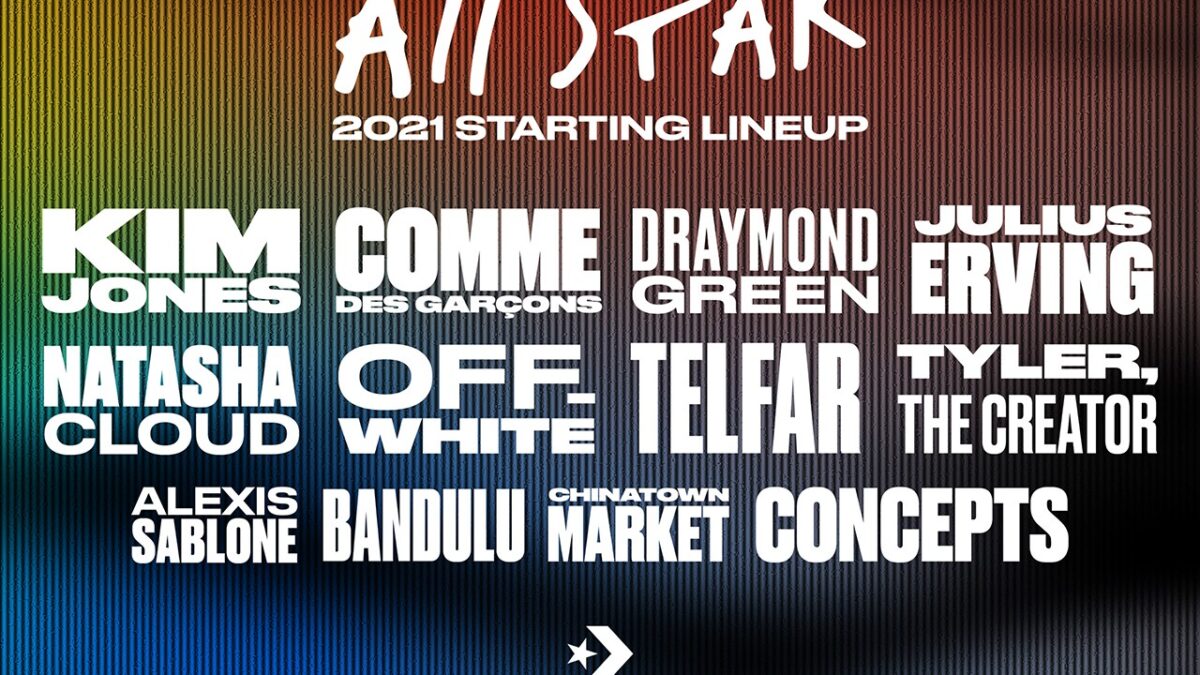 Post the announcement of its collaborative collection with Concepts, Converse has now elaborated its forthcoming footwear plans for the Spring/Summer 2021 season. The upcoming months look pretty busy for the brand as they will be seen in association with famous brands such as COMME des GARÇONS, Off-White™, Kim Jones, Telfar, Tyler, the Creator, Julius Erving, Chinatown Market, Bandulu, Natasha Cloud, Draymond Green and Alexis Sablone, as well as special capsules that focus on basketball silhouettes both classic and modern.

“An important value of Converse is one that respects, honors and wants to continue to foster creativity”, says VP of Footwear Brandis Russell. “Inviting in the collective genius continues to breed innovation for us.”

As stated before, many specialized GR collections are enroute, many of which have been disclosed by official imagery by the Boston-based imprint. On the way, it has the part two of its “Breaking Barriers” series inclusive of a Chuck 70 and a Converse Pro Leather customized to match the team colors of Crispus Attucks High School — an all-Black team who won Indiana’s state title in 1955 led by Oscar Robertson.

Following which is the “Then & Now” assortment which is made up of the All Star Pro BB and the Chuck 70, both honoring the past and present eras of Converse hoops from 1971 and 2019. The silhouettes will be swapping uppers so that the All Star Pro BB finds itself in a retro canvas fabric while the Chuck 70 is dressed in a modern quad axial material.

For the honorable Julius Erving aka “Dr. J”, a Pro Leather that celebrates the 45th anniversary of the final ABA season is impending. The high-profile iteration will be featuring the ABA colors, swappable chevron logos with a chenille-infused fabric patch that shapes itself in a ball towards the rear.

Last but not the least, the “Iridescent Pack” is made up of the G4 Low, All Star BB Evo, Chuck 70 and Pro Leather, all of which are decorated with digitized gradients expressing the present day basketball and its players.

With prices and release dates yet to be announced, all of them are expected to drop on Converse in the upcoming months.

All Yeezys releasing in 2021