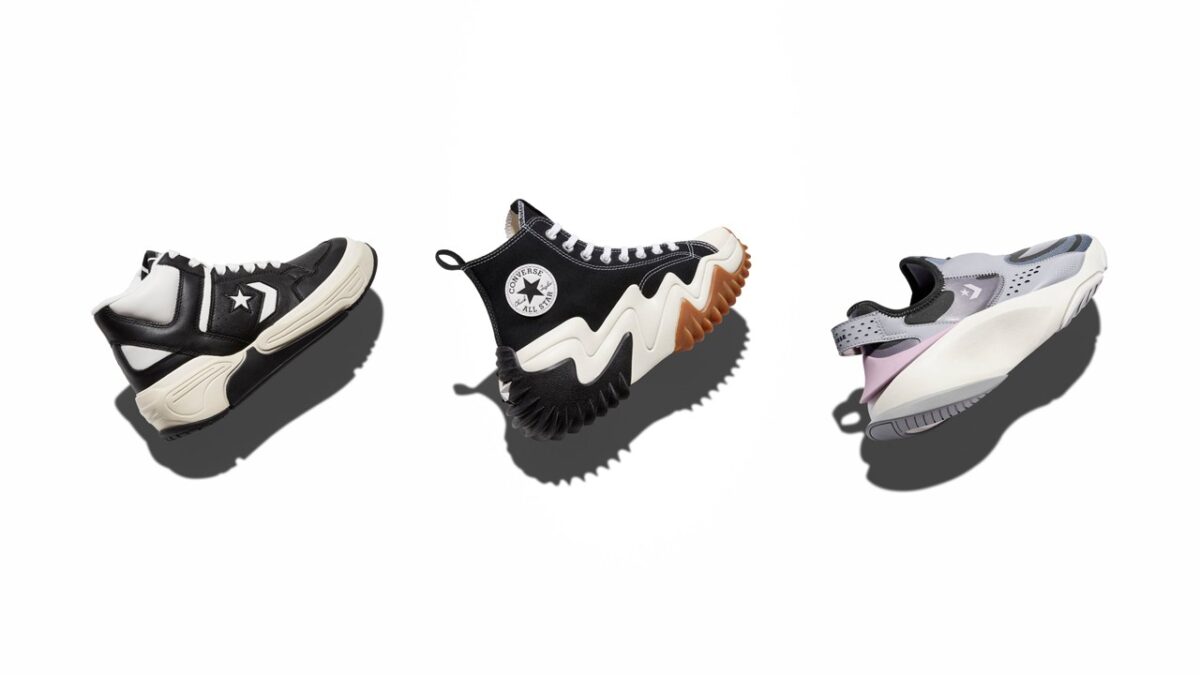 Who better than Converse in keeping a classic silhouette alive and at the same time re-inventing it. The footwear giant recently unveiled their Fall 2021 “CX Collection”, comprising of silhouettes such as the Weapon CX, Run Star Motion, Aeon Active CX, and the Chuck Taylor All Star CX.

One of the main aims of the CX line is for the brand to proactively listen and respond to their clientele. As Brandis Russell, VP of Footwear Development and Merchandising says, “The original intent of CX was to create an innovation suite that answered for what we were hearing from people about Converse: They loved our brand and product, but they thought we were lacking in comfort. It was a motivator to answer the call. And it’s allowed us to now push even further on a more forward-leaning aesthetic. When you create products that have that amazing mix of functionality and emotionality, and there’s a reason behind it, you organically get to this fresh design language.”

Kicking things off with the Weapon CX, a silhouette adorned by Magic Johnson and Larry Bird, receives a supple leather craftsmanship paired with a new, technical sole unit. Usual design elements such as the One star logo and perforations can be spotted throughout the shoe. On this pair, Russell adds, “With the Weapon, the teams pushed on proportion. They’ve created a different stance. They’re using a totally new last. The toe down is different. There’s definitely something that is familiar in the legacy of this shoe, but it is progressive, different, bolder.”

Moving on we have the Run Star Motion, a follow up on the JW Anderson-designed Run Star Hike and the in-line shoes which were released after that. The already comfortable Run Star Hike now transitions into the Run Star Motion with the increase in chunkiness. A new wave design extends the reach of the midsole all the way to the uppers, while the grooved outsole undergoes design mods in order to attain oneness with the midsole.

Next up is the Chuck Taylor All Star CX, which appears to be a more technically advanced version of the standard Chuck but that’s not the case. True to its form with the black canvas, the shoe now receives a black semi-transparent sole unit, new comfort inside the sole, a comfortable tongue and a pull tab on the rear for improved accessibility.

Finally we have the Aeon Active CX. The pair in the images is the Converse in-line pair, due to release in 2022. However, a drop of the silhouette is expected much sooner as a part of collaboration with A-COLD-WALL*’s Samuel Ross. Four options have been showcased on Ross’s Instagram handle, in which the technical runner appears in a rather deconstructed aesthetic in comparison to the main Converse-designed offering.

The Run Star Motion dropped on 16th June at select retailers worldwide and on Converse’s website, while the Chuck Taylor All Star CX and Weapon CX will launch later this fall. Details regarding an Indian release will be out soon.

Jun Takahashi's UNDERCOVERISM is back!