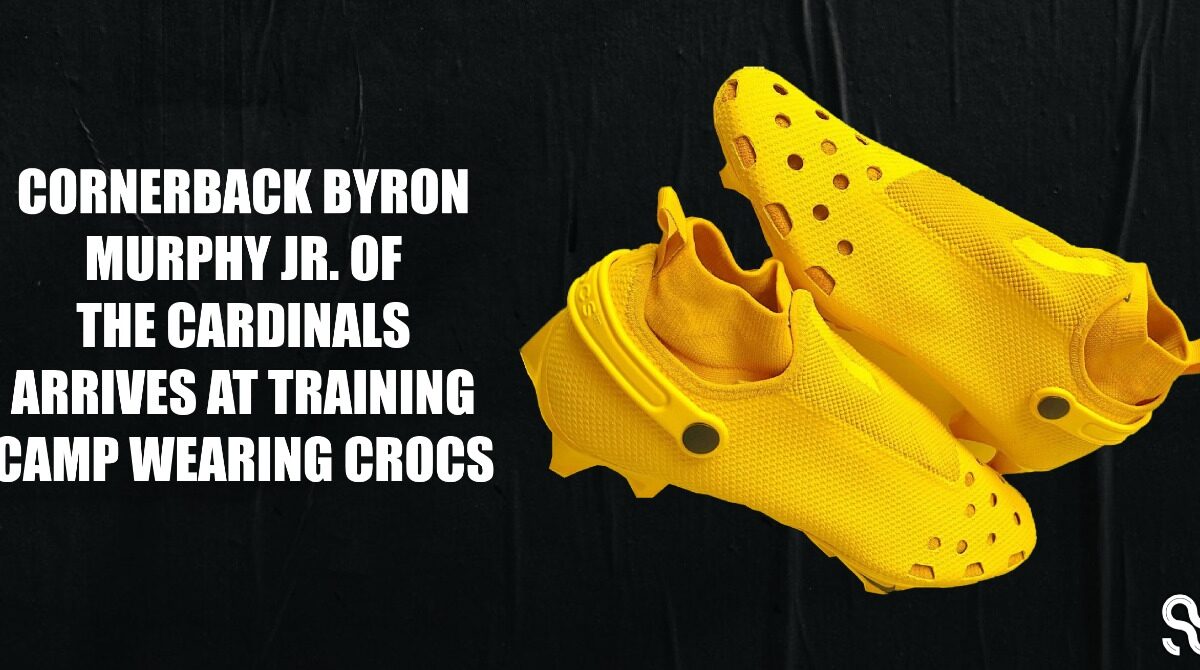 With recent new releases like tote bags, stilettos, and belt-bag clogs with MCM, Crocs and its official collaborators have been pushing the envelope. However, until now, the label had never seen the strange pairing of Crocs cleats.

Sean Vergara is a visual artist who was contacted by Arizona Cardinals cornerback Byron Murphy Junior for suggestions on personalized footwear prior to training camp. Prior to their chat, Vergara had considered the Crocs cleat concepts, and since Murphy is a self-described “Crocs guy,” the idea was accomplished.

Anytime I get a chance to go beyond just painting, it’s always fun, and that’s always some of my favorite ones,” remarked Vergara.

Murphy’s Nike cleats were used to create the pairs, which Vergara colored Cardinal yellow. After searching Dick’s Sporting Goods for a strap to make the pairs as identical as possible, Vergara discovered that a toddler-sized crocodile worked best for the design. The Crocs‘ actual hole size was then calculated and imitated on the cleats. According to reports, the entire operation took more than 20 hours.

“They’re on fire,” Murphy commented “I posted them on my Instagram. They kinda blew up. I gotta get more colors though. That’s what I’m gonna do. I’m gonna get some more colors though because the yellow ones are kind of bright, so I don’t know if I can wear those on game day and not get fined.”

Light up the Night with the adidas UltraBOOST 5.0 DNA “Glow”

Brain Dead Splits, Flips, And Stacks The Sole Of Their Upcoming Converse Chuck 70