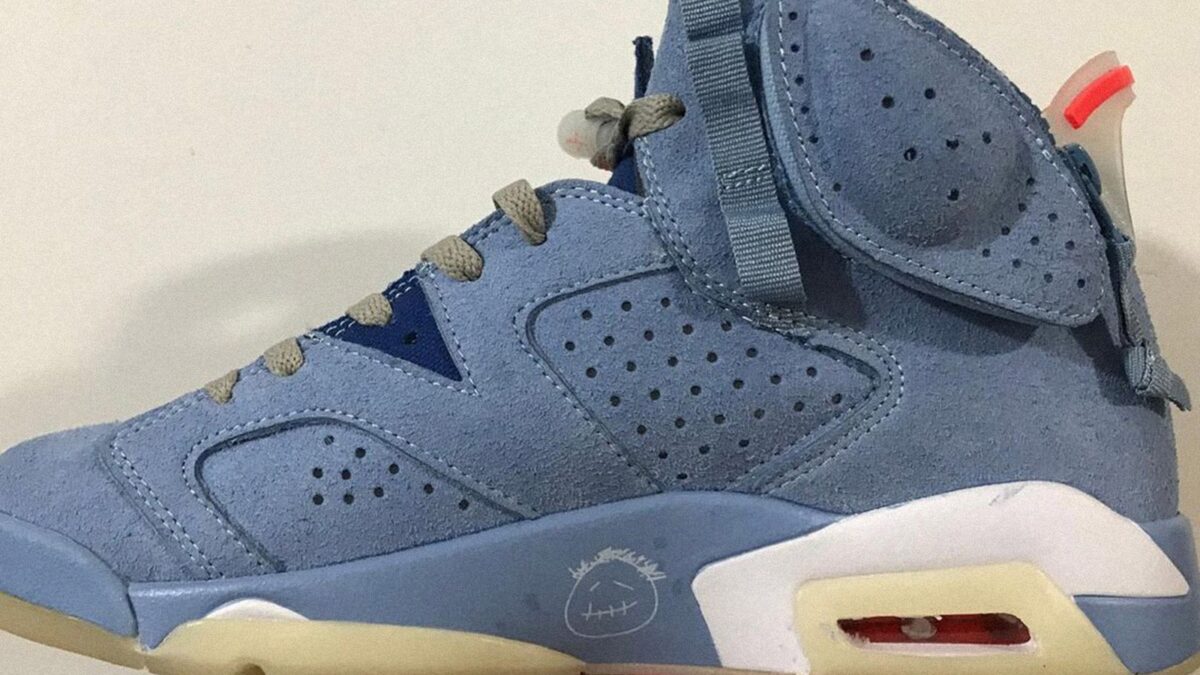 Could This Be The Next Travis Scott x Nike Air Jordan 6?

We were all stuck to raffles and release rumors for the last 4 years due to the continuing and successfully growing relationship of Travis Scott and Nike. Cactus Jack has engraved its mark on some of the best silhouettes of Nike like the Air Jordan 4, Air Force 1, and Air Jordan 1, etc.

As we were already waiting for some closer glance from the rest of the colorways from the five-piece Air max 1 collaboration, we now have one more pair of Air Jordan 6 to drool over, as @sneakerjamz_new recently shared some sneak peeks of them on their Instagram handle. The following collaboration would make Scotts’s third take on the Air Jordan 6 silhouette after ‘Medium Olive’ and ‘British Khaki’.

The shoe has a tonal shift that covers a powdery blue suede on the upper length of the shoe, and the portion towards the tongue is filled with contrasting hits of a darker blue shade. The colorway is somewhat similar to the NFL’s Tennessee Titans. The dual-storage straps of the Cactus Jack VI’s have become a centerpiece feature, which we have on either side of the shoe. The first strap comes with a zip while the other one has a popper closure. At the end we have the tongue and heel with the infrared Air Jordan logo and the Cactus Jack logo at the Midfoot, perfectly fitting the branding.