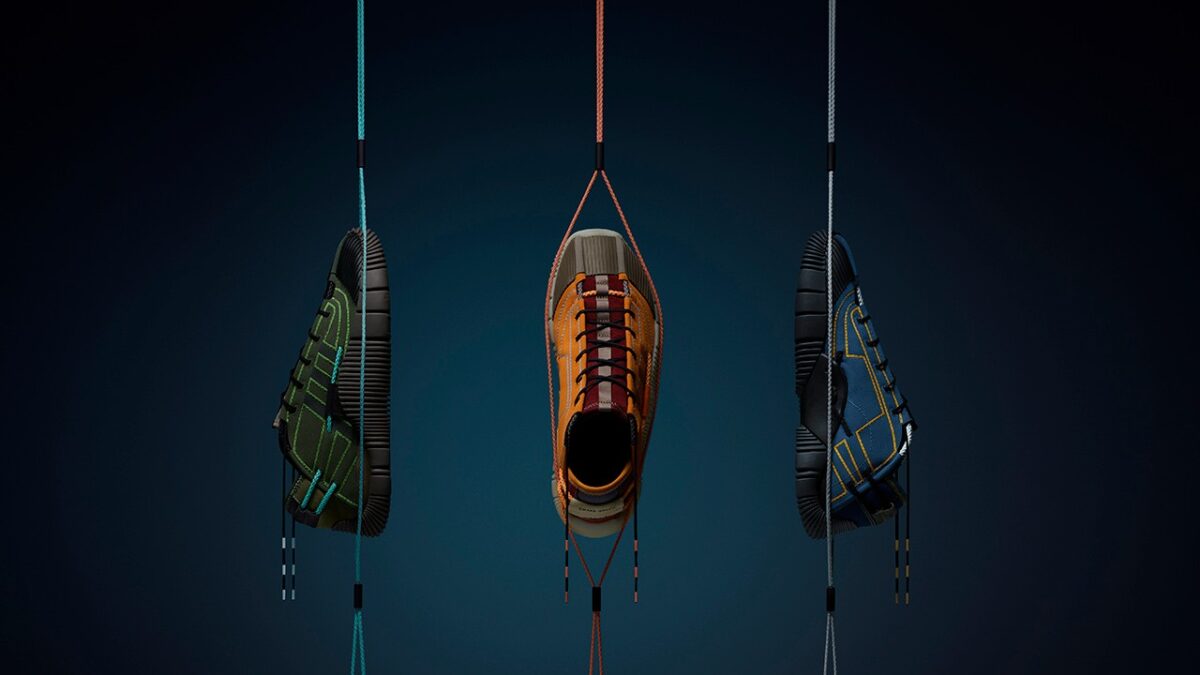 Craig Green, a London-based designer has continued his ongoing partnership with adidas Originals, bringing a new silhouette featuring his first sole unit. Dubbed the CG SCUBA PHORMAR, the silhouette showcases this special sole design which wraps around the foot and features a ridged texture inspired by Green’s quilting in other collections.

As well as its statement sole unit, the CG SCUBA PHORMAR also integrates the cording structure used through Craig Green’s collaborations with adidas Originals. The silhouette is manufactured from a collapsible structure held together by tunnels and cords including a top cord that runs from the toe cap and along the eyestays, a second cord that feeds across the toe and links it to the heel of the shoe.

Speaking about the new silhouette, Green said: “I am always interested in the evolution of design ideas, creating an aesthetic that is founded in form and function. This season, we worked closely with adidas to create our first sole, reflecting both the quilting that is a signature of our brand, as well as the iconic adidas 3-Stripes. We then evolved the cording system introduced last season to create this brand-new style”

The CG SCUBA PHORMAR will be releasing on December 9 and will be available through the adidas web store. In all, three colorways will release, including a mix of orange, brown and black, one that mixes grey and “Blue Oxide,” and a third that features “Moss,” “Pine” and “Solar” greens.