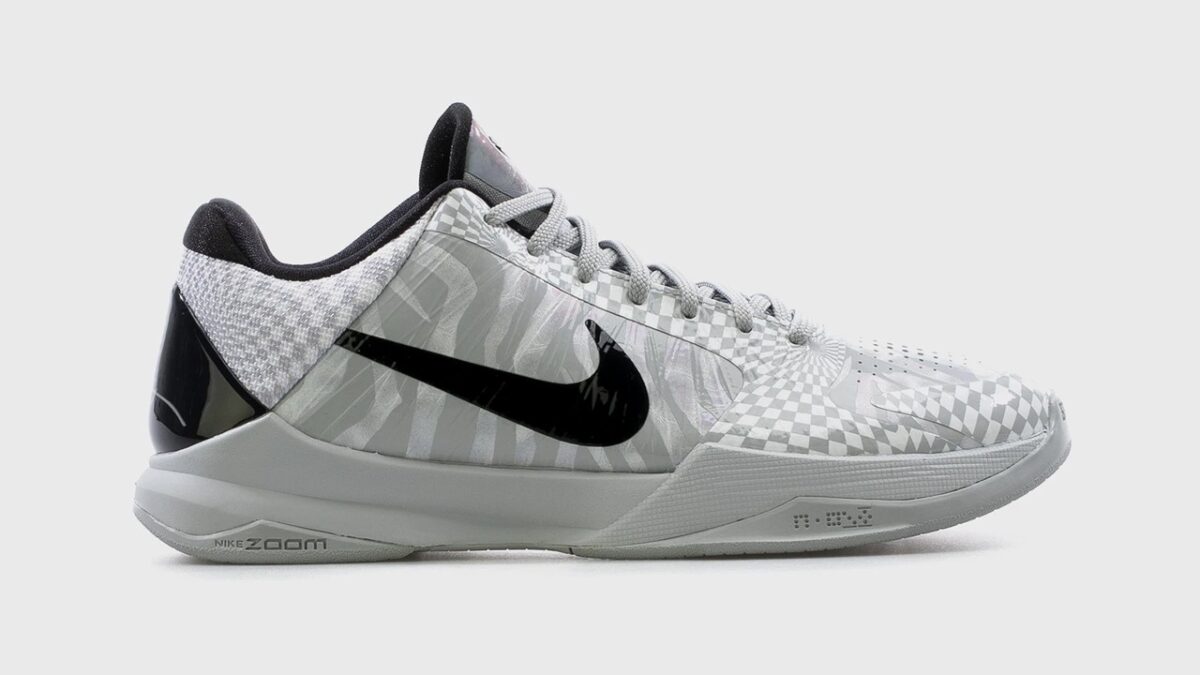 DeMar DeRozan is one of the current spokespeople for Nike Basketball‘s Kobe Bryant line, and the San Antonio Spurs hooper’s latest Mamba-tributed launch is a Kobe 5 Protro “Zebra.” Primarily worn by DeRozan at the start of the 2019-20 NBA season, the “Zebra” hues a simple color palette with loud printed accents for a designer monochromatic look.

Grey and white patterns cover the entire upper — quarter panels showcase the zebra print that provides the shoe its name, while the synthetic forefoot and mesh heel uses a warped, kaleidoscopic checkerboard design. Swooshes are heat-pressed on in jet black, with a bit of iridescent gray seen behind the black sheath logo which is placed on the tongue. Black collar trim and black heel pieces with Kobe Bryant’s autograph sum up the top half. Going down to the lower regions, light gray midsoles are composed of soft EVA foam and contain double as much Zoom Air cushioning as the original Kobe 5 from 2009.

The Nike Kobe 5 “Zebra” is all geared up to release via retailers like Nice Kicks on September 18 and is retailed at $180 USD.