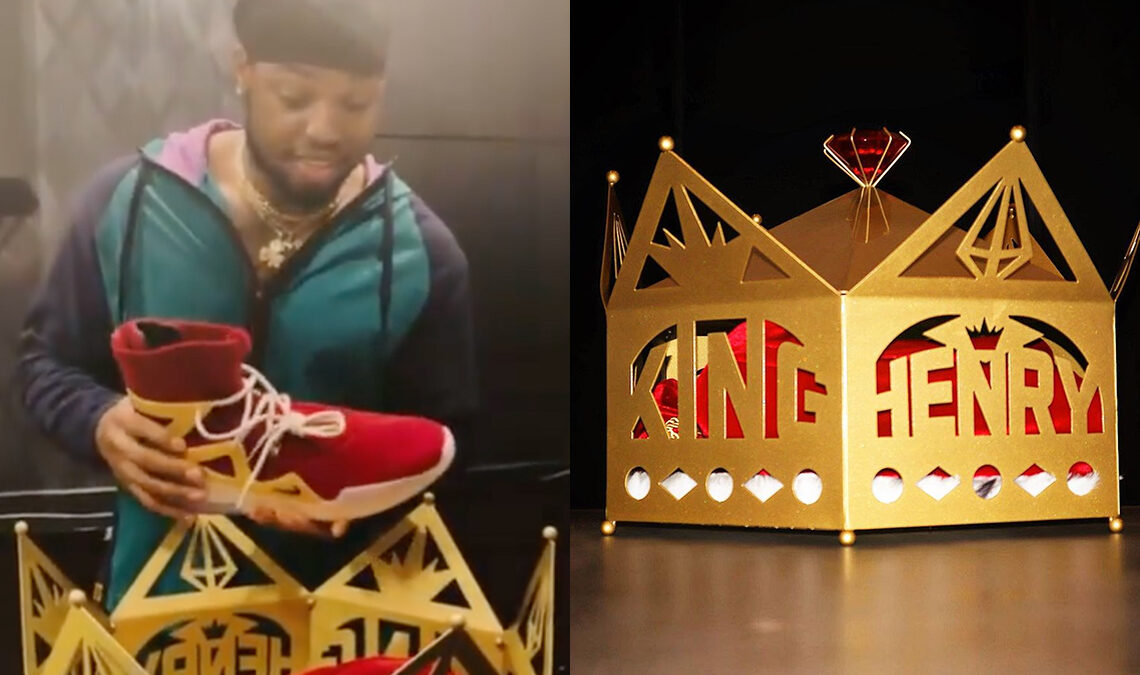 Derrick Henry, arguably one of the best running backs in the league currently, had a great start to the year by making a spot for himself amongst the 8 players to be a part of the elusive “2K Club”. After achieving such a milestone, the Tennessee Titans star is in the MVP conversation year in and year out. Such achievements often call for celebrations and gifts are in order, Nike’s gift is most likely impossible to beat as the brand gifted the athlete an exclusive, 1 of 1 Air Fear of God 1. What makes the pair even more special is that as of now Jerry Lorenzo has moved to Adidas making the pair all the more exclusive.

The packaging of the shoe is commendable in itself as the brand put the shoes in a crown shaped metal case with the “King Henry” and “2K CLUB” text carved around the case. The top arrives in a beautiful tone of crimson ruby applauding the velvet dust bag visible from the outside. With the shoe adapting to many of the above mentioned details, it features gilded overlays with a crimson base to match the Titan’s signature shades.