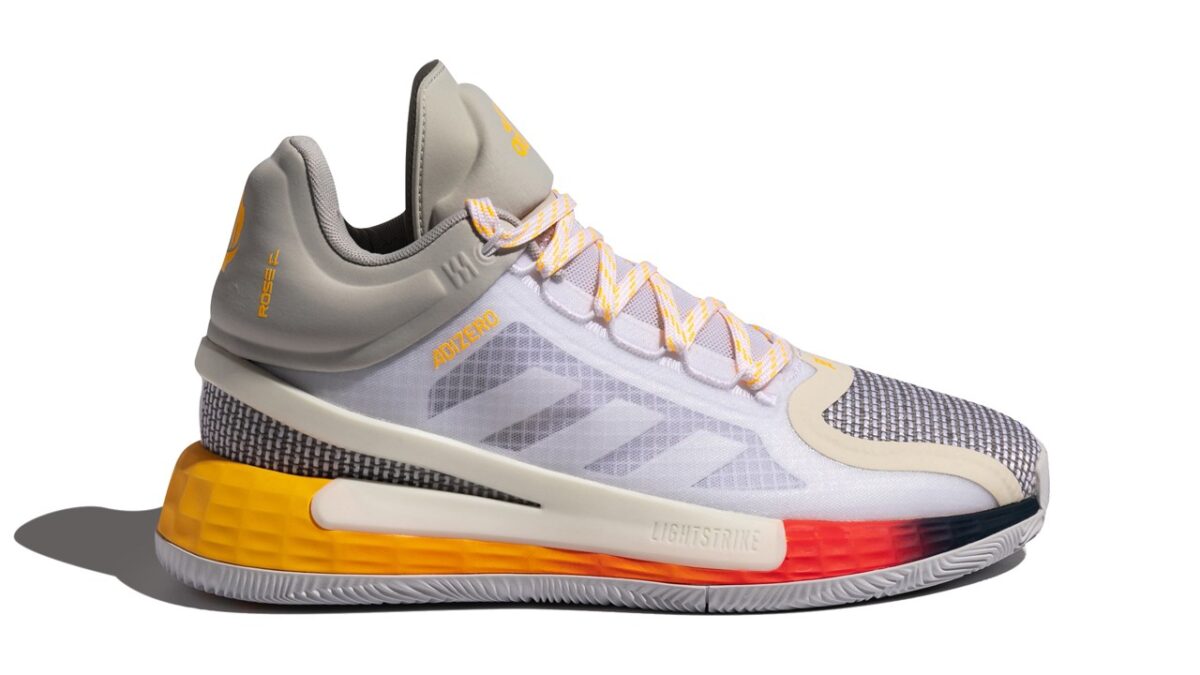 Derrick Rose and Adidas have now launched the new D Rose 11. Rose’s career has been a heck of a journey which might come to an end in the upcoming seasons , from his 2010-11 NBA MVP award to a variety injuries and stints with five different rosters— his hometown Chicago Bulls plus the New York Knicks, Cleveland Cavaliers, Minnesota Timberwolves and, the Detroit Pistons as of now— but the one thing he has never lacked behind in has been his classic adidas Basketball sneakers. In 2019, Rose became only the eighth NBA player to receive 10 consecutive signature shoes with the same brand, and now the D Rose 11 is set to start 2020 in style for the popular point guard.

Originally released in a “Footwear White/Solar Gold/Tech Indigo” hue, the D Rose 11 looks very different to the D Rose 10, save for its highly cushioned collar that provides enough ankle comfort. Quarter panels are constructed from semi-translucent white adizero material, a soft synthetic that’s usually used on adidas Running products. The lateral side features white Three Stripe graphics, while the medial side takes on lively dual-tone decorations . Toe Boxes and heels are made of a woven mesh material to enhance structure and durability, with thick seams denoting each part of the build.

On the back, this “seam” is in fact a TPU shank that rises up from its place in the midsole to serve as a hybrid heel clip. The adidas D Rose 11 “Footwear White/Solar Gold/Tech Indigo” is available now via adidas China — a country where Rose has an huge fan base — and will likely hit US stockists in the coming weeks. The MSRP is set at ¥999 CNY (approximately $146 USD).

This new multicoloured AJ1 High will release in September