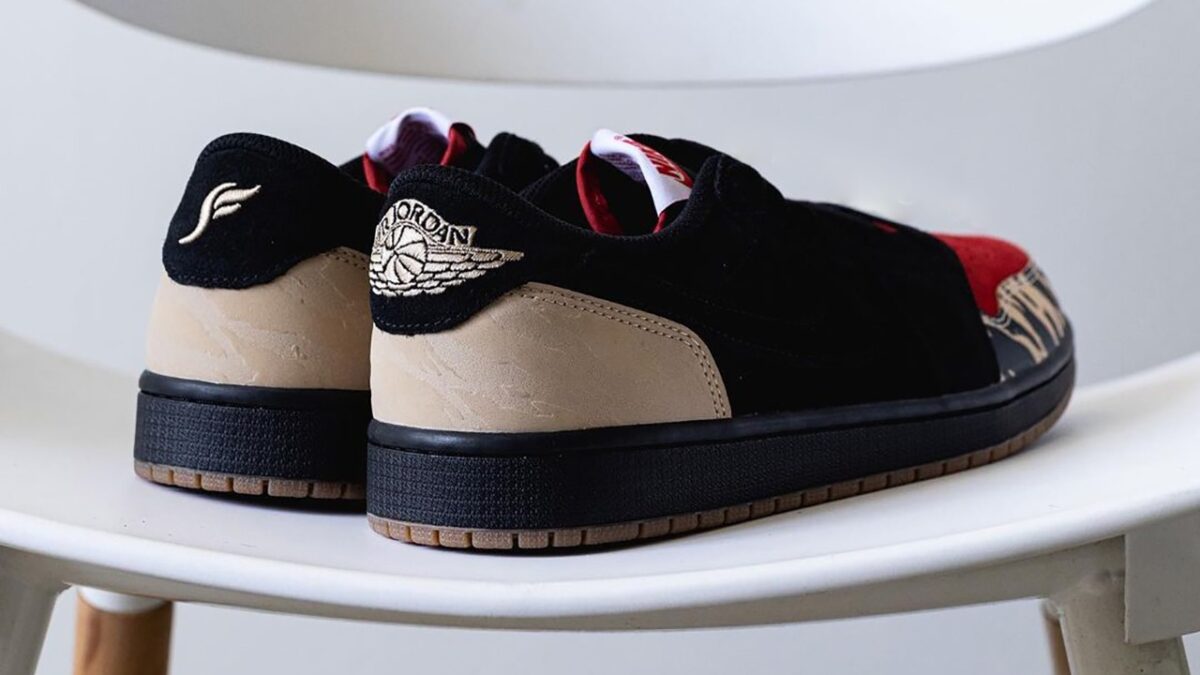 For the remaining part of 2021, Nike is all set to release a superfluity of new footwear collabs, out of which will be a collaboration with the apparel and footwear retailer based out of South Miami – SoleFly. After celebrating the Air Jordan 10’s anniversary in 2020 with a neutral-toned collaboration, the Floridian store is now coming up with an Air Jordan 1 Low that backs two pieces of Nike’s catalog.

The upcoming pair features the design in which a stark black hue wraps the suede quarter panels, Swooshes, tongues, laces, and heel overlays. The toe boxes appear in a bold red shade surrounded by animal prints calling out the Nike SB Dunk Low “Bison” from 1993. The heels are rigged out with a beige overlay enhanced with tonal patterns that give a similar look to the Nike Air Carnivore. Furthermore, the heel branding comes split between the SoleFly logo on the left side and the traditional ball-and-wings Jordan Brand insignia on the right. Towards the end, the shoe is rounded off in an all-black midsole and a gum outsole.

No details about the release have surfaced yet but we could expect it to release sometime later in 2021.