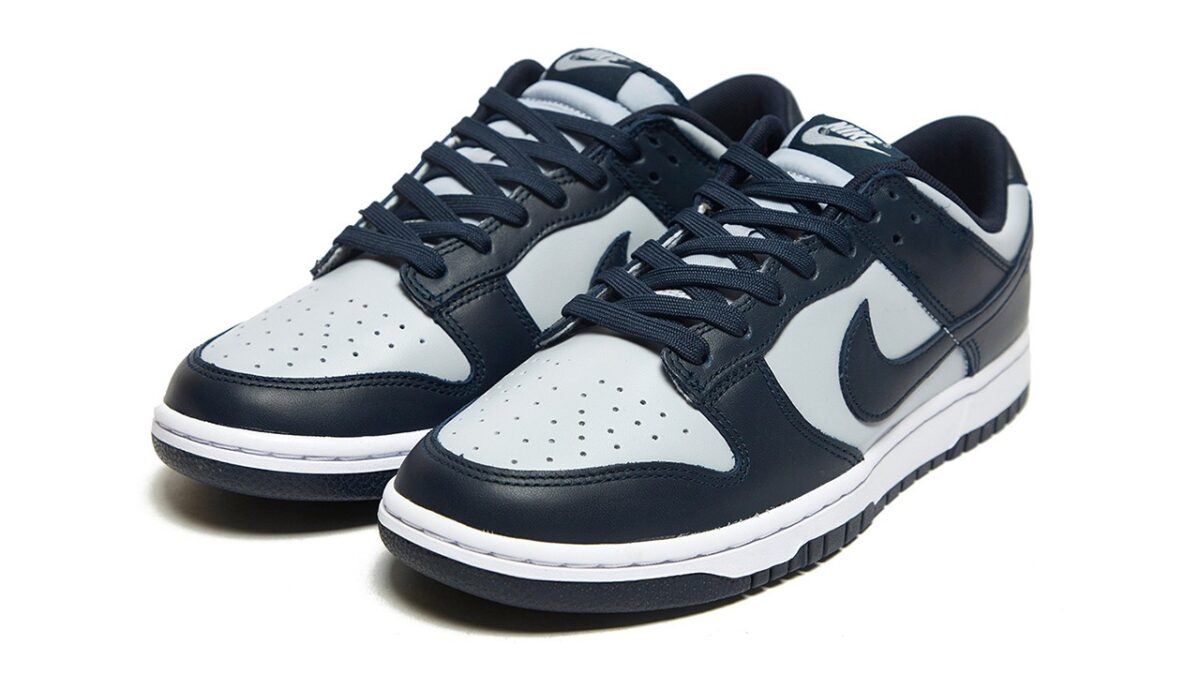 While the excitement of the Dunk wave from Nike is still high, the Swoosh team will be supplying the market with a swing of new colorways. Transcending back into the “Be True To Your School” era, the Nike team has decided to now serve a Dunk Low “Georgetown” colorway which has now been uncovered by way of comprehensive imagery.

In an endeavor to best call out Hoya Nation, this forthcoming installment has the D.C.-based university’s duo of school colors. Blanketing the overlays, Swooshes and the shoe laces is a dark navy hue, with a muted gray tone wrapping the perforated toe boxes, quarter paneling, tongues and collars. More notes of gray are also seen on top of the Nike branding on the tongues and heels. Positioned under the base is a crisp white midsole, while the treading dyed with a full navy coating rounds off the design.

Even though a confirmation has been given that it is going to launch in men’s and kid’s sizes, an official drop date has not been revealed yet. Retail price for the men’s will be $100 USD, and it will hit SNKRS and select retailers in the upcoming months.