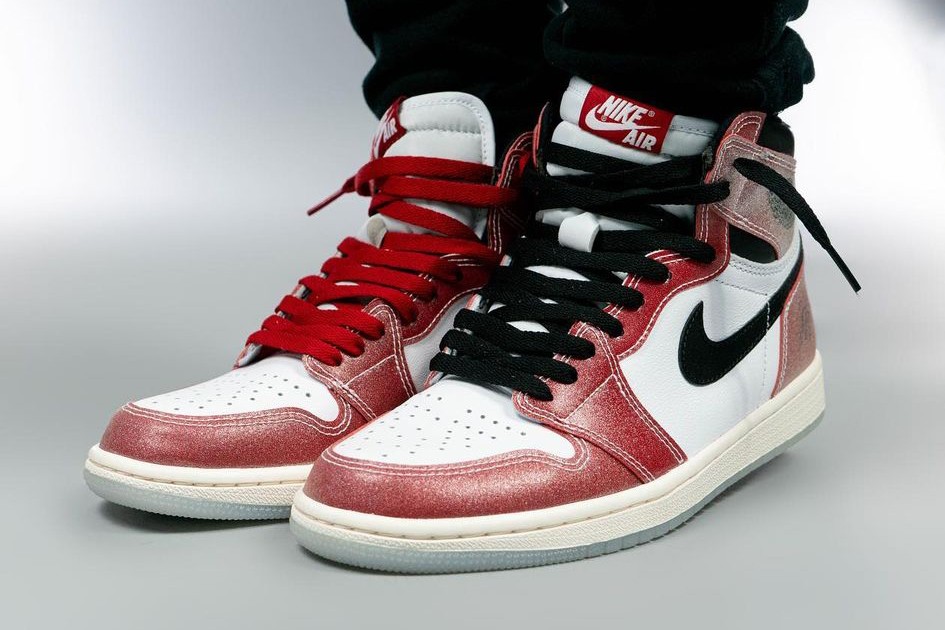 Trophy Room’s love for Michael Jordan’s legacy is above and beyond measure, after all the founder of which is his own offspring Marcus Jordan. The upcoming Air Jordan 1 collaboration conveys the legend’s NBA legacy: the 1985 All-Star Game “Freeze Out” to be precise. With no official confirmation by other players like Isiah Thomas and Larry Bird who were accused of keeping the ball as far as possible from the rookie’s hands, now has made place in NBA history. The Trophy Room AJ1 summarizes the game, legends part of the game and the gold chain MJ was spotted with during the Slam Dunk Contest, the day before the game.

The Trophy Room x Air Jordan 1 borrows its color blocking from another iconic pair Air Jordan 1 “Chicago” worn by Jordan himself during the duration of the game. The trio of white, red and black tones on an Air Jordan 1 are no strangers to any Jordan fan, although the material and stitching on the red overlays are distinct from the Chicagos. The former arrives in a glossy aesthetic whilst the latter arrives in white instead of red adding a bit of contrast. The famous Jordan autograph makes its presence on the lateral heel while the outsole takes pride in the All-Star inspired graphic print visible via the translucent blue covering. The blue outsole although speculative is in accordance to the “Freeze Out” in reference to the game.

With the outers so mesmerizing, the inners are turned up a notch too. The collar lining is embroidered with “Rumor Has it” for the design’s call out to the “Freeze-Out”, the insoles are co-branded with a graphic patch embroidery. In addition, the pair will be tagged along with a ticket replicating the one during the 1985 All-Star game on the front with a story explaining the “Freeze-Out” on the back. Rounding off, the pair will be arriving in a special blue and white box.

With a release date yet to be announced, more details regarding the shoe will be disclosed in due time.

Up Close With The Air Jordan 3 “Racer Blue”

These YEEZY SLIDES are all set to drop on the 21st of June!