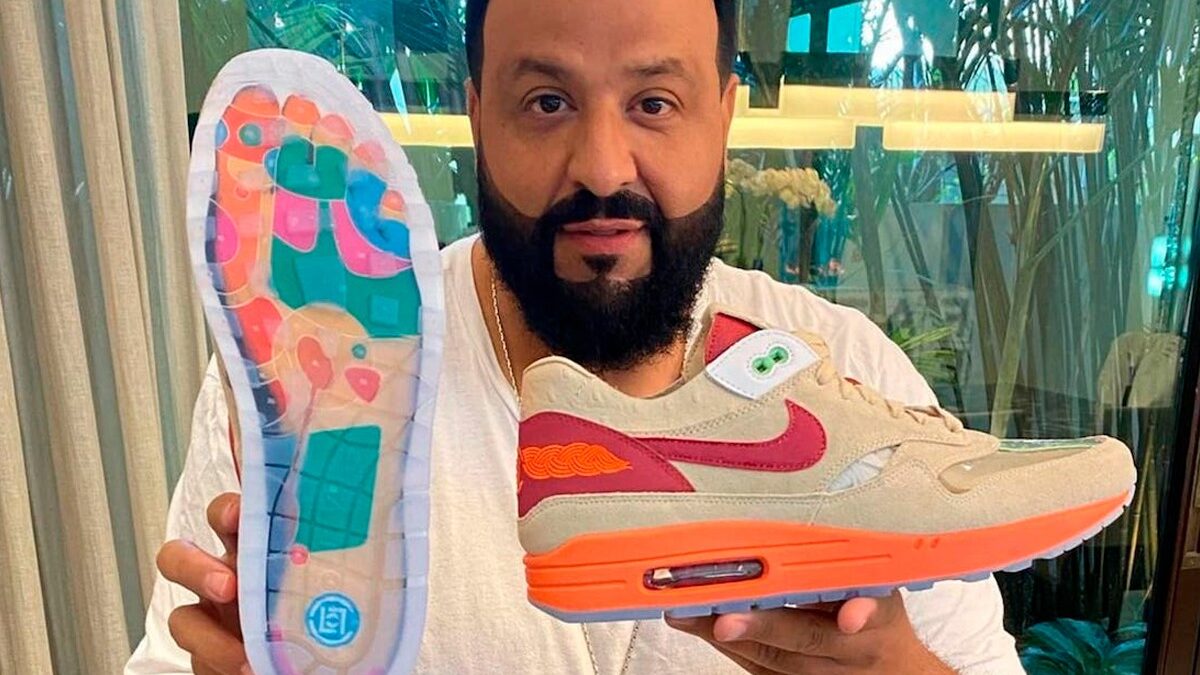 As a confirmation to the rumors that surfaced in the past year, we have a first look at the 2021 CLOT x Nike Air Max 1 “Kiss of Death” re-release, all thanks to the one and only DJ Khaled. The music figure revealed the pair on Instagram recently, although nothing indicates that he is the first to receive the upcoming release.

The initial CLOT x Nike Air Max 1 “Kiss of Death” originally came out in 2006 to commemorate China’s first sneaker boutique ACU. The pair boosted the CLOT founders Edison Chen and Kevin Poom’s idea to bring closer the East and the West, the shoe is solely focused on the ancient concept of “Qi.”

The re-release will be carrying forward the “Net/Deep Red/Orange Blazer” color scheme in a suede, snakeskin and ostrich finish. Matching the transparent toe box which reveals the foot reflexology inside there is a continuation under the translucent rubber outsole below.

The pair is expected to release sometime this March with more details to follow.