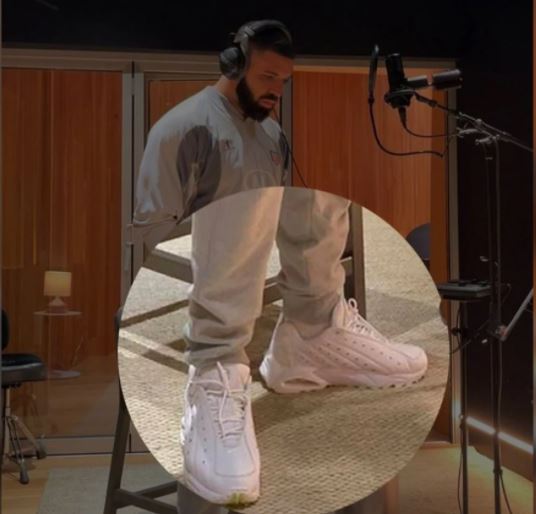 Drake was recently spotted rocking an unreleased Nike sneaker which was earlier seen on feet of the artist in the “Laugh Now Cry Later” music video featuring Lil Durk, and now awaits a potential retail release.

According to py_rates on Twitter, the sneaker in question is the Hot Step Air Terra, brought to life in partnership with the NOCTA sub-label. Going by the structure of the shoe, it has a more running focused aesthetic colored in white monochrome accented with metallic silver on the upper while an exposed Air unit concludes the bottom.

The Nike Hot Step Air Terra is not the only collaborative footwear of the brand with Drake to release this year, an OVO x Nike Air Force 1 Low might also be making its way in the upcoming months.

With no confirmation on release date yet, the shoe is rumored to debut in the upcoming months for a retail price of $150 USD.