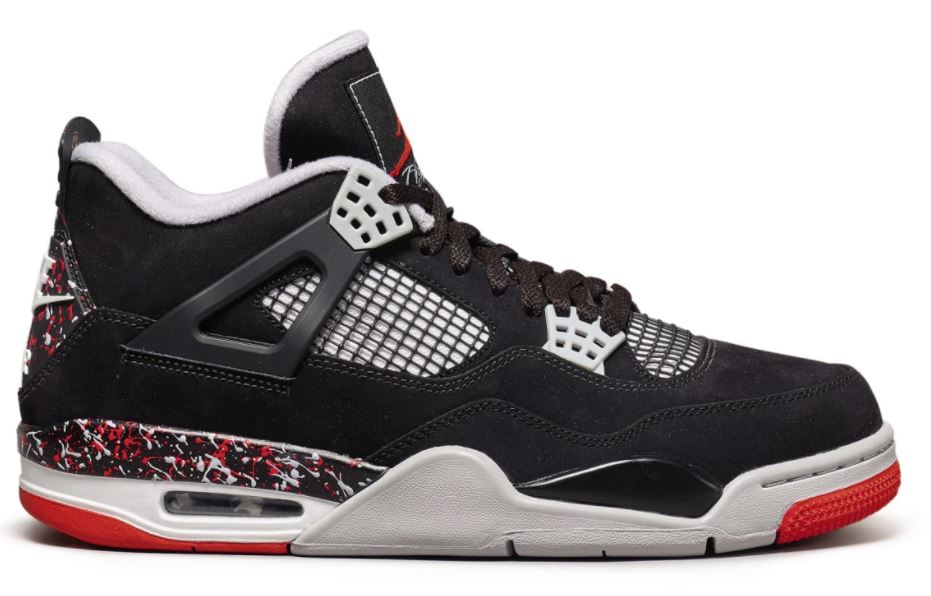 Drake’s Unreleased Air Jordan IVs Are up for Auction

Last month auction house moguls, Sotheby‘s, announced is auctioning off over 120 exclusive hip-hop-related items. A wide range of memorabilia is up for sale, going from Notorious B.I.G.’s classic “King of New York” golden crown to rare graffiti and art. Also, there is the sprawling lot is a pair of Drake‘s limited edition “Splatter” Air Jordan IVs.

A sneaker with a topsy turvy history, the “Splatter” Air Jordan IV was first seen in a sample form as part of the model’s original showcasing over 3 decades ago in 1989. With accentuation resembling the classic “Bred” Air Jordan IV, the “Splatter” iteration saw was given addition of a splattered red and white paint pattern over its rear midsole and heel. It also flipped the black underlay on the netting for an altering white.

Although it was conceptualized back in ’89, the “Splatter” Air Jordan IV has never ever launched for the sneaker fanatics. It was all but forgotten by most sneakerheads until Drake showcased an October’s Very Own-branded iteration in 2017. The following year, reports surfaced that the pair was due for a release, but that never came up—perhaps due to Drake summing up his partnership with Jordan Brand.

While it doesn’t seem to look like these Jordan IVs will be launched any time soon, there will be a slim chance for fans to splurge an extravagant sum of money on a size 11 sample of Drake’s OVO iteration. It will be included in the before-mentioned Sotheby’s auction, which will be going live tomorrow, Sept. 15 at 6 p.m. ET in NYC. Ahead of the live auction, bids have already reached $11,000, with Sotheby’s fetching the estimated ending value at around $12,000.

All About The Air Jordan 6 “Electric Green” Release