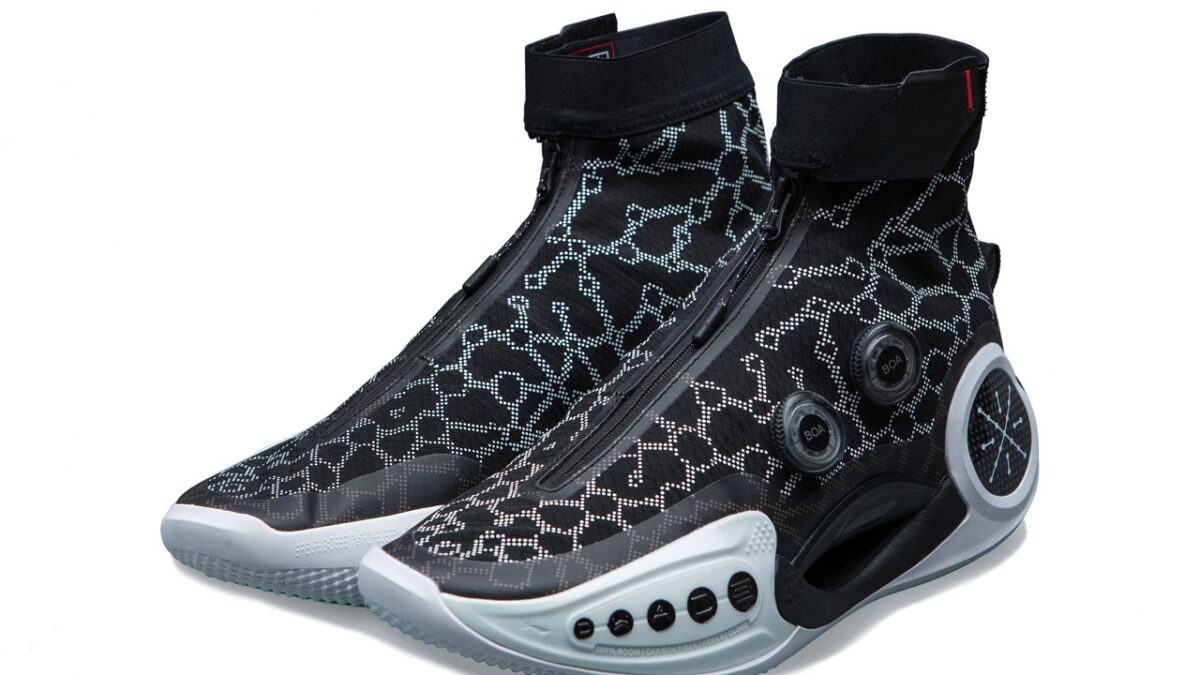 Dwyane Wade’s Way of Wade line with Li-Ning has revealed its latest creation: the technically advanced Way of Wade 9. The WoW 9 marks the athlete’s 2nd sneaker to come out post retirement after the Way of Wade 8 back in 2020. The construction on the Wow 9 is scientific and is focused mainly on the molecular motif to represent infinite possibilities both on and off court.

The Way of Wade 9 arrives in 2 options. The former is a high-top titled the Way of Wade Infinity highlighting the advanced BOA lacing system and a sock-like construction. The latter on the other hand is a low cut with the usual laces encapsulated in a zipped shell. Both the shoes feature Li-Ning’s proprietary Jiang material and a BOOM midsole which is quite similar to the one seen on the Air Jordan 35 featuring a midfoot plate which is forceful and responsive yet soft and supportive. On to the detailing, a “Wade” spell out makes its presence of the forefoot pieces, a large Li-Ning logo on the heel and a “Family First” split across the back on the left and right pair.

A release date is yet to be announced and is expected to debut in the upcoming weeks. D’Angelo Russell of the Minnesota Timberwolves, a WoW athlete will most likely rock the pair in one of his upcoming games on the NBA court.