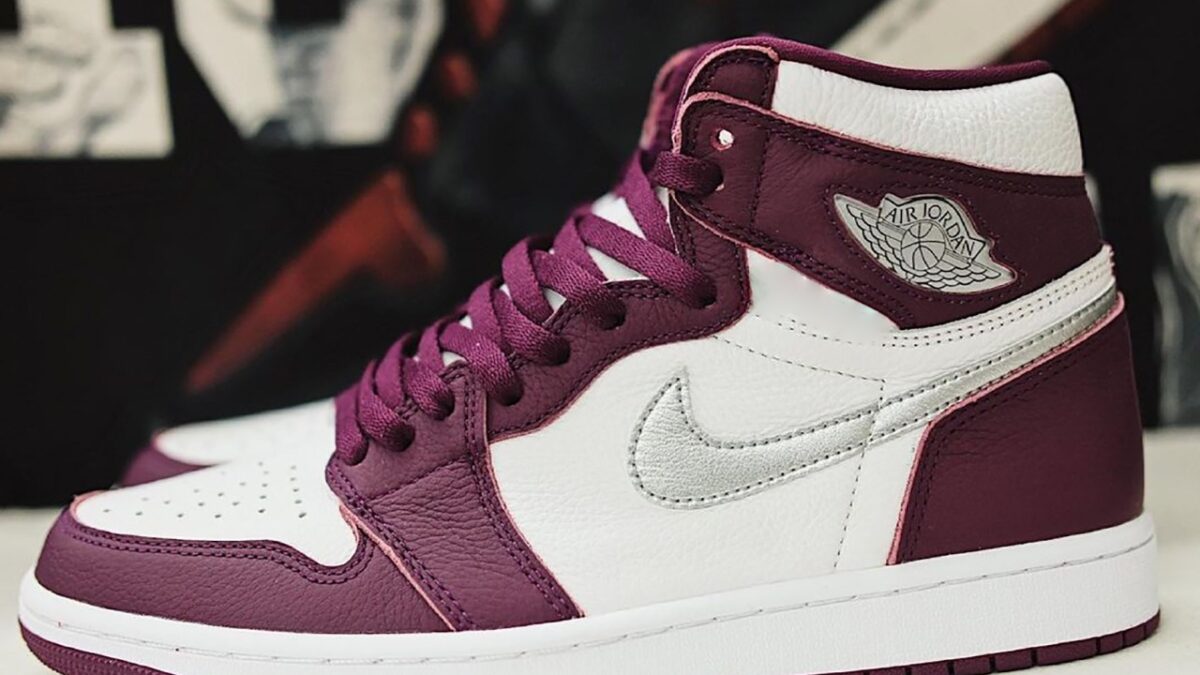 The Air Jordan 1 silhouette is easily the strongest and most beloved in the world of Jordan Brand and it is now all set to release a huge capsule of shoes in the upcoming months. One amongst those iterations is the Air Jordan 1 Retro High OG “Bordeaux” of which early images are released.

This highly stylized approach to the iconic basketball-turned-lifestyle model choses a triple tone makeup. The tumbled leather panels which are stationed along the quarters, toe boxes and collars, are dialed to a solid white, on the flip side its neighboring overlays, laces and interior liners are dubbed in a bold “Bordeaux” hue. To add more contrast, the Swooshes on the sides as well as the traditional ball-and-wings insignias that are embedded into the ankle flaps are painted in metallic silver and presented with a black font respectively. Other details include the midsoles that are bereft of any coloring and the outsoles that are dyed in more of its nominal shade.

No official launch date has been scheduled for the kicks yet, but it’s anticipated for SNKRS and other retailers to be dropping these in the coming months. Grab a look at them below.

Shaq will be releasing a new colourway of the Reebok Shaq Attaq, along with his “Shaq Life” documentary