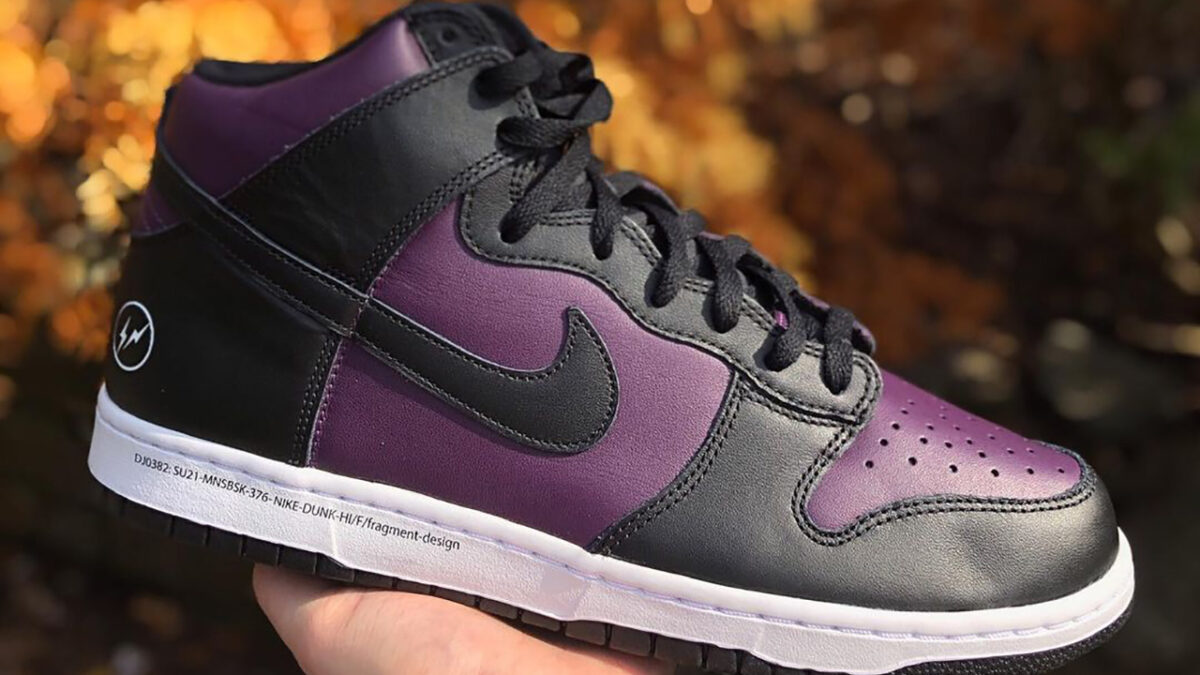 There is no doubt that ever-classic Dunk is the cynosure of the present day among the incessant list of Nike silhouettes in the sneaker world. The world has set its eyes on a wide array of new releases, one of them being the retro drop of fragment design‘s Dunk High “Beijing” — a member of Hiroshi Fujiwara‘s “City Pack” collaboration with the Swoosh that first saw a delivery to the market back in 2010.

It appears, based on the early glimpse of the pair, that the exact same shades of purple and black that lend themselves to the color-blocking of the upper layer are being brought back to the table. However, the shoes are no longer mismatched, separating them from the original. Purple tones smother the toe boxes, quarters, and collars, while the accompanying stealthy hue topples onto the overlays and Swooshes. Moreover, to mimic that of the 2010 offering, white fragment design bolt embellishments are stamped to the lateral heels. Down below are angelic midsoles and black treading, the former of which is furnished with a style code-like notation.

Nike has yet to confirm an official release date for these, but it’s likely that they will launch sometime during FW21.