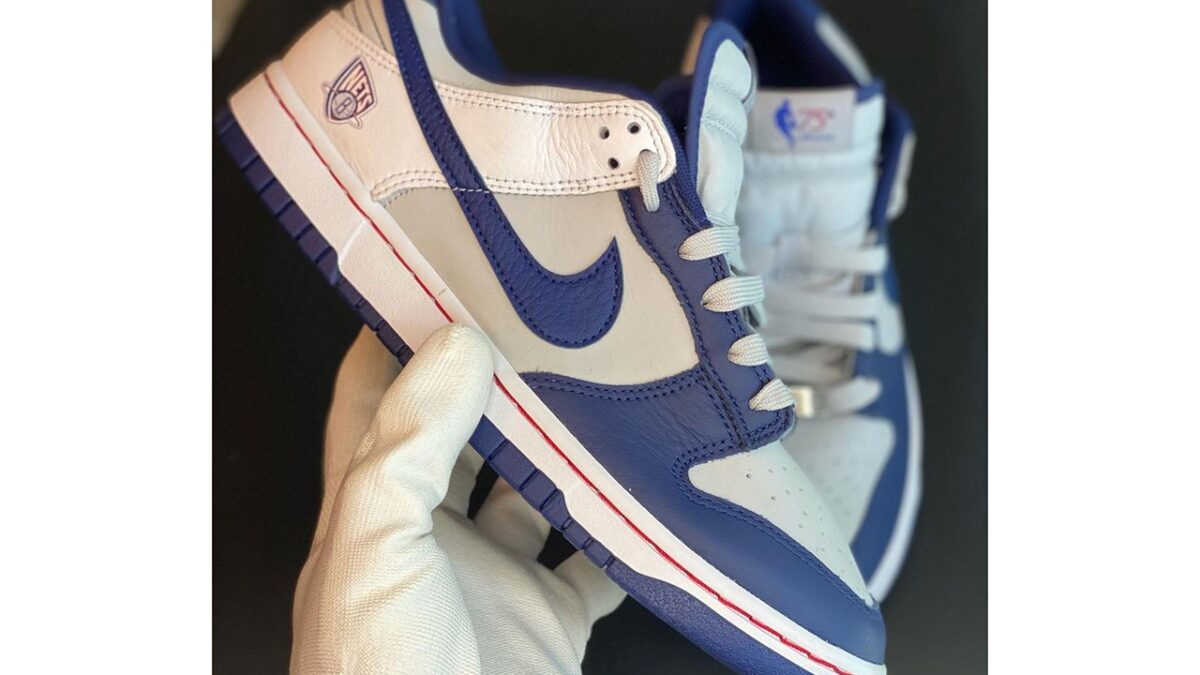 The 2021-2022 NBA season will be celebrating its diamond 75th anniversary and in that spirit, Nike being the league’s official sponsor, will be launching a variety of special Dunk colorways. A preview has been done for the NBA-focused makeup with orange, black and white color-blocking, along with it team-inspired colorways are also anticipated as this Nike Dunk Low “Brooklyn Nets” variant just emerged.

Instead of sticking to the modern-day black and white Brooklyn color schemes, the Swoosh adapts the franchise’s retro New Jersey hues which instantly transports us to the time when Jason Kidd and Vince Carter were the dynamic duo of the team. Toe boxes, quarters and collars are drenched in a muted gray hue which are complemented by navy Swooshes and forefoot overlays. The heel overlay arrive in white and comes marked by a combined Nets logo of the past and present. Replacing the traditional Nike Air branding on the tongues, is the NBA logo with a “75th Anniversary” spell out. Bottoms are constructed with crisp white midsoles and come accented with exposed red stitching and navy outsoles to complete its look.

More team-focused iterations will be released alongside this installment, though Nike hasn’t confirmed about this yet.

The Nike Air Max 270 takes on a USA Olympic theme