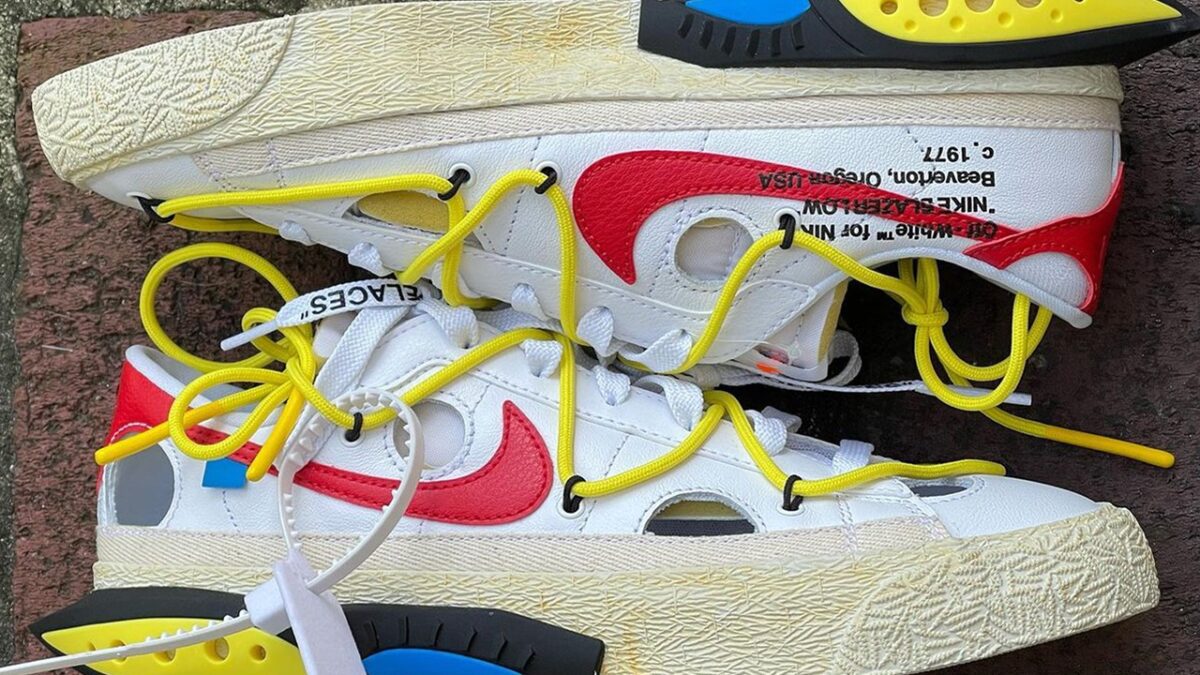 Apparently, a grand capsule of 50 Dunk colorways by way of exclusive access is not enough, as more projects of Virgil Abloh and Nike are in talks for us to look forward to. While laying low to the Swoosh’s Sportswear catalog, the culture-shifting designer is now adding his style to the Nike Blazer Low and whipping it up in black and white colorways, the latter of which has just surfaced via early imagery.

The upper layer is constructed with crisp white leather material and arrives with see-through TPE circles on the toeboxes, forefoot, midfoot and heels majorly resembling Abloh’s previously launched Off-White™ x Air Jordan 5 collaborations. Apart from these the side Swooshes which are draped in a bold red hue, the extra set of yellow laces that weave across the upper as the tan canvas strip overlays that also act as the mudguards also play an important part on the base layer. A vintage vibe is added with backgrounds of the midsoles pre-yellowed, which arrive seated next to a midsole black mold that is decorated with yellow and blue panels. On top of that accessories like the white hang tags, and Helvetica branding printed atop the shoelaces and on the medial wall complete the design.

No particular date or month has been scheduled for the drop yet, but an official release mostly during the latter part of 2021 is expected.