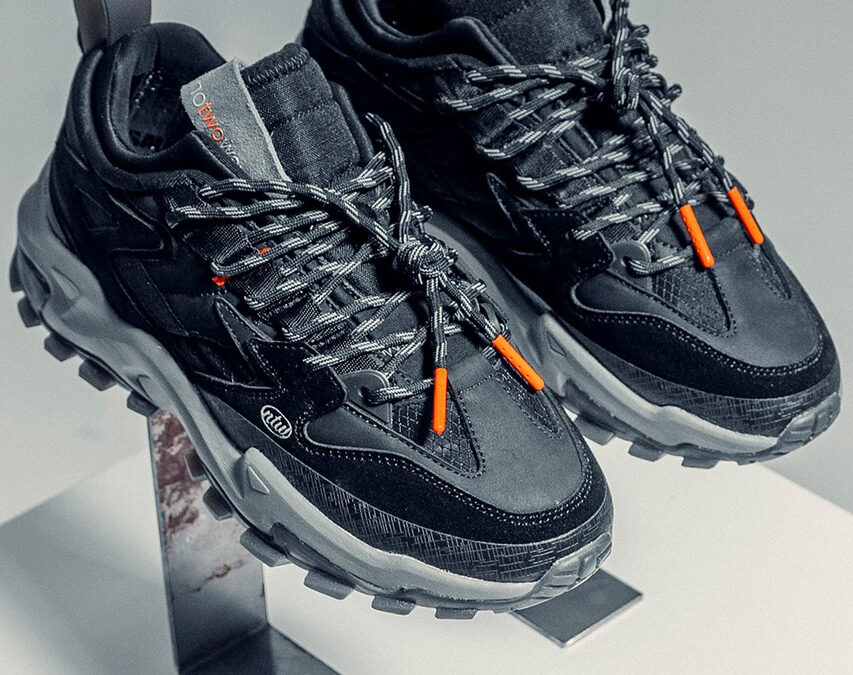 Entering fresh into the sneaker scene, notwoways is already making big strides. Based out of U.K, the label is fronted by content creator Callux with the help of his partner and brand designer Rockwell Princely. Working in silence while success makes the noise the brand’s first shoe, the exuberance did pretty well.

Moving forward the brand is gearing up for the next shoe. Titled the moonless, the pair is creating hype amongst the crowd. Arriving in the resell market via StockX can be considered a success for the fresh label.

The moonless categorizes itself as chunky meets tech. Arriving in just one colorway “Black/Moonbeam/Exuberance/Onyx”, fine retro additions were also spotted on the pair. The upper arrives in overlays of Nubuck leather and mesh. The source of chunkiness on the sole can be the phylon and rubber units.

The shape giving us an early 2000s vibe with the rope laces. The sole units match the designs from the 90s but create an aura different from the current chunky counterparts. The ntw logo visible on the front with branding on the tongue too.

notwoways’ moonless sneaker will be making its way on November 28 at 6pm GMT with a price tag of approximately $133 USD. Get a glimpse of the pair below.