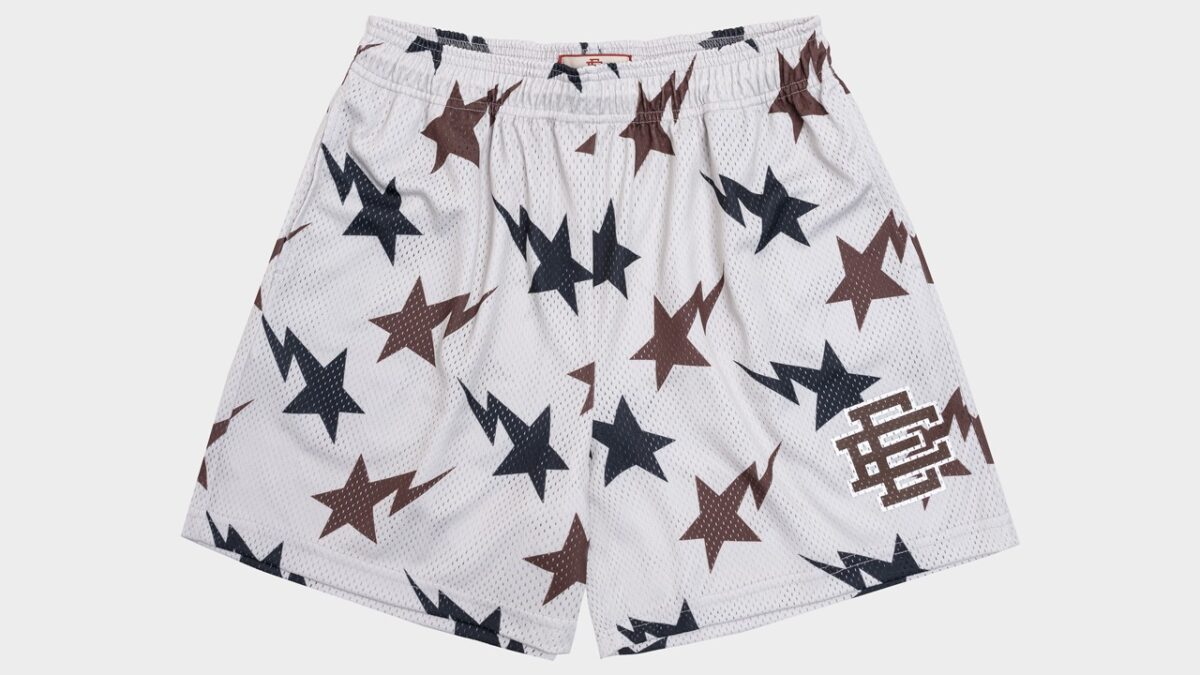 Eric Emanuel, the infamous designer based in New York has collaborated with A BATHING APE yet again for a vibrant shorts collaboration. The short’s iterations from the BAPE CAMO, such as new TRIBAL CAMO, MULTI CAMO and RED COLOR CAMO. Comprising three mesh shorts, the collection continues to commemorate Emanuel’s close quarters with BAPE. He remembers traveling to New York City from his home in the upper quarters of New York and making a habit to stop by the BAPE store first.

A design of BAPESTA’s lighting logo is printed throughout, while Emanuel’s conventional double “E” logo patches are embedded on the front. The Tribal-inspired iteration rocks a white background consisting of black and brown logos, while the hued design showcases light blue, pink and yellow lightning bolts. Summing up the capsule is a pair of red shorts that rocks the BAPE lightning logo in varying red tones.

The BAPE x Eric Emanuel collaboration will be available August 22 on BAPE’s website and at in-store locations for $149 USD.

Saucony Explores The Outdoor Elements With The “Astrotrail” Pack