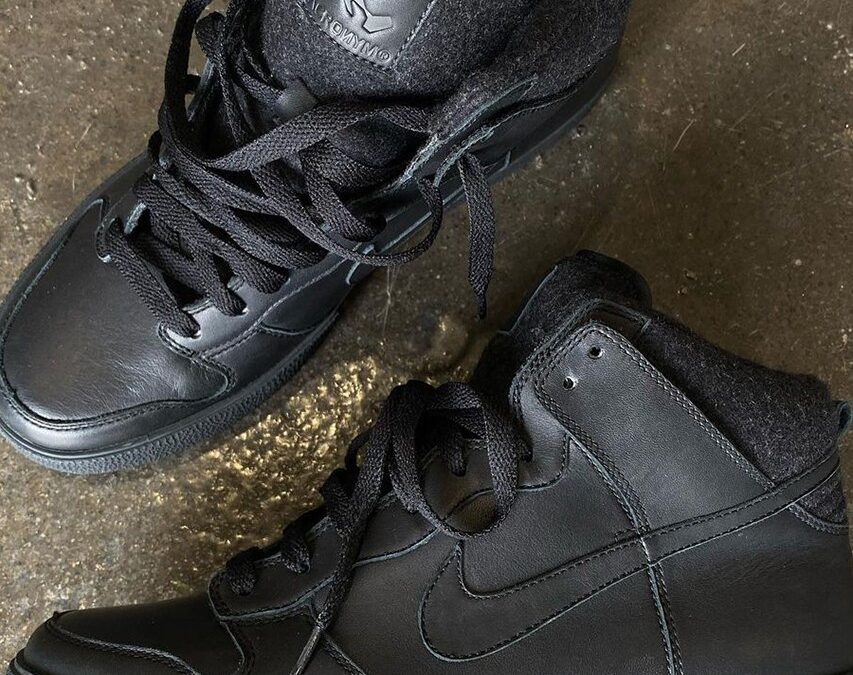 Errolson Hugh and Nike were able to excecute quite a number of successful footwear collaborations together as they’ve reformatted silhouettes such as the Air Force 1 Low, Air Presto and Air VaporMax via his strongly acclaimed ACRONYM imprint. Though all of the aforementioned models were open for public to shop, it seems for the designer to have more projects with the Swoosh family in the stash as he has just unveiled an ACRONYM x Nike BLUNK via his Instagram.

The sneakers are 1 of 1 sample and sport a shape which closely mimics the Dunk High, but features a smoothened out midsole unit ripped from the Blazer — hence the moniker combining the two classic Nike models. This freshly emerged pair is totally dubbed in all-black, and carries a mix of smooth and slightly glossy leathers that forge the side paneling and toe boxes and Velcro fabric which builds out the collars and tongues. Hugh opted for the ACRONYM labels in place of the usual Nike Air branding on the tongues.

Grab a closer look at the pair below, and one must keep their expectations low for a public launch.

Sacai and Dior on "Creative Conversation" in First Collaboration