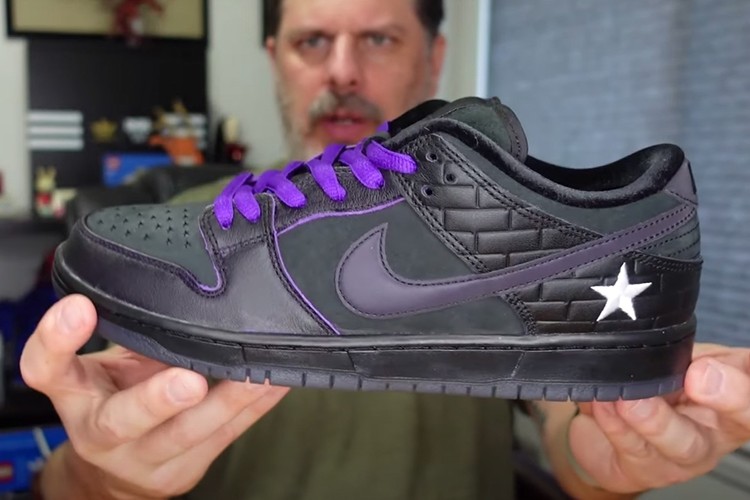 Familia’s highly anticipated Nike Dunk Low Pro SB “First Ave” has officially received a release date. The Minneapolis-based skate shop’s latest release will be the last Nike Dunk to be released in 2021. The forthcoming pair will pay tribute to the legendary First Avenue nightclub in Minneapolis, a concert hall that recently celebrated its 50th anniversary.

The black nubuck uppers instance the star-spangled cinderblock exterior of the nightclub having star perforations on the toebox, brick detailing on the dark purple collar overlays, and a large star embroidered on the lateral heel. The toe and eyestay overlays appear in reflective dark purple leathers with wear-away paint highlights, and laces come in bright purple. The interiors of the shoe are bordered in velvet materials, and insoles feature Familia x Nike SB co-branding on the zoom-air insole heel and a 50th-anniversary vintage-style ticket stub graphic on the midfoot. At the bottom, a black midsole and a semi-translucent outsole displaying all-over graphics of the famous stars complete the design.

Adidas Inks Deal With Jerry Lorenzo and Fear of God