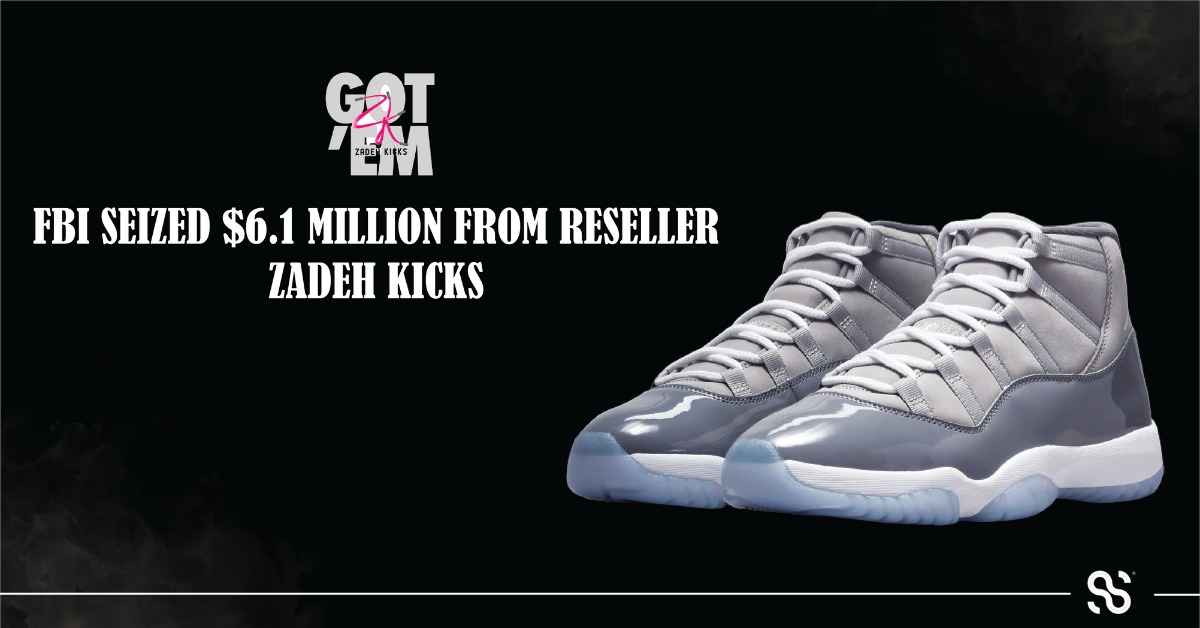 New information has emerged about the dissolution of sneaker resale company Zadeh Kicks LLC. On Thursday, the designated recipient of the case, David B. Stapleton, preliminary inventory and company dissolution report to Oregon’s Lane County Circuit Court, shedding some light on new details regarding the operation of the company itself.

According to the latest documents, Stapleton worked with the FBI to collect the personal assets of Zadeh Kicks LLC owner, Michael Malekzadeh, and to date, the government has taken into custody about 1,100 pairs of sneakers, as well as watches, jewelry, bags, and about $6.1 million in cash. . Elsewhere in the report, it was revealed that Zadeh Kicks had about 60,000 pairs of sneakers before Malekzadeh filed for liquidation of the business. The inventory was acquired from a variety of other sneaker resellers, and around 100 pairs are currently subject to a pending insurance claim from damage at the facility before the receiver’s appointment. Despite the company’s current inventory, the document confirms that the receiver plans to stop fulfilling shoes in the ordinary course and instead focus on selling them in order to maximize profits.

Zadeh Kick operated primarily by offering sneaker preorders to its customers, who would typically pay months in advance for sneakers that either have yet to be released or pairs that have not yet been confirmed to be dropping. This business model has successfully delivered orders to customers and is said to have generated millions of dollars in total.