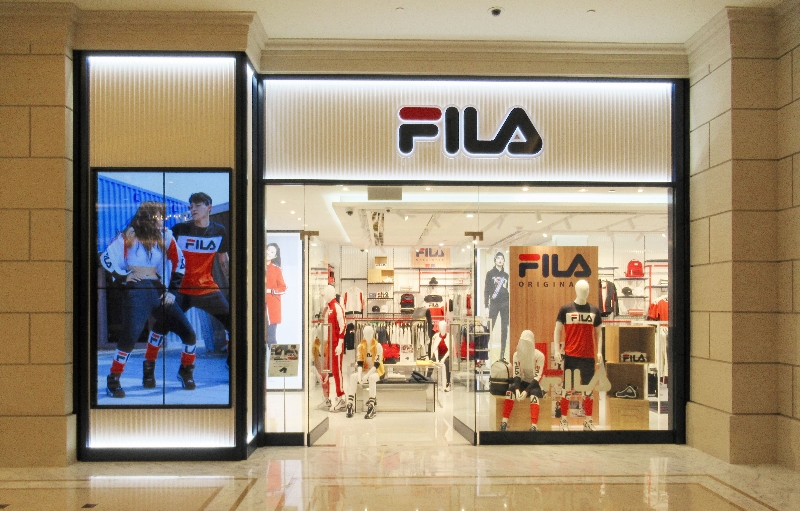 Fila’s had a fun long past! Fila has survived the colossal stand it is today in a country like India since its modest roots in Biella, Italy over a hundred years ago! Fila has been a brand and now it’s back with its heritage collection!

The multinational sportswear company has been traveling to over 1,200 counters in 300 large-format stores and a distributor in all states for a relatively short time since its entry into India. Cravatex Brands Limited operates in India and Fila offers footwear, apparel, and soft accessories for women and babies, including bags, boots, capping, scarves, etc.

“The brand reminiscent of the iconic sportswear logo is massive in India,” says Rohan Batra, Managing Director of Mumbai-headquartered Cravatex Brands, which has a license to sell Fila products in India and other South Asian countries.

With the recent strong return of sports brands and a change in customer preference to sport-inspired athletic apparel and footwear, Brand is making an effort to improve the global range.

MUCH ABOUT HERITAGE STORES

Fila has leveraged on the ongoing 90s obsession and polished their brand strategy to focus on their century-long heritage, instead of accommodating the rapid turnaround of trends in the market.

In 2018, sports brands have come back, both globally and in India, due to a shift in consumer preference to sports-inspired athletic clothing. A key player on the Indian market, Italian sports and fashion brand FILA has planned to capitalize on this trend and strengthen its presence in the country with an aggressive expansion strategy.

These heritage shops reflect the colonial-influenced architecture contiguous with a broad, far-flung logo. Reflecting its classic-meets-contemporary vibe with an emblematic palette of red, white and blue colours, the muted store interiors serve as the ideal backdrop for displaying a show-stopping collection.

After the success of Fila India’s flagship heritage store in Mumbai, Fila launched a new heritage store in Pune, making its way to the affluent Viman Nagar neighborhood of the bustling Phoenix Market City Mall in Pune. Ft. Mecca for sneakerheads and fashion enthusiasts then by remaining consistent Fila opened stores in Delhi, Banglore.

Apart from the major metros and mini-metros, Fila has set its sights on the North Indian market with an emphasis on Gurgaon, Noida, and the entire Punjab region, followed by South India.

Fila has leveraged the ongoing obsession of the 1990s and refined its brand strategy to focus on its centuries-old heritage rather than accommodate the rapid turnaround of market trends.

Fila’s Disrupter 2, which is leading the revival of the brand—-an updated version of the original sawtooth sneaker released in 1996—- was named “Shoe of the Year”.

In India, the brand plans to invest in exclusive outlets and is considering both Tier II and Tier III cities in their expansion plans. Fila India is a licensee of Cravatex Brands Limited, part of the Batra Group, a global retail, brand licensing, distribution and source company with a presence across the Indian Subcontinent, the United Kingdom, Europe, North Africa and the Middle East.

That’s it for now, folks we’ll be back with more interesting stuff soon! Till then-